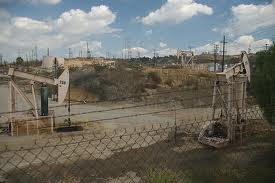 Of all the troubles with fracking, the biggest—and growing—challenge seems to be what to do with all those millions of gallons of water contaminated with frack chemicals, leached minerals and salts.

Now the sustainability think tank Pacific Institute, in a report released on June 21 on water issues of fracking, says fracking’s water woes aren’t confined to just the precise chemicals involved but extend to ensuring wells don’t permit aquifer contamination or whether freshwater is plentiful enough to support the industrial process. There are also the human health and environmental concerns about wastewater spills.

Then there’s the hundreds of millions of gallons of wastewater. The most common means of disposal—pumping the water underground—can cause earthquakes by raising the subsurface pressure—a greater risk than that from fracking in the first place.

The report, which Pacific Institute hopes will separate “the frack from the fiction,” also finds looming conflicts—and in some cases already existing battles—over water use for fracking and water use for agriculture. After all, fracking in Texas’s Eagle Ford Shale has used up to 13 million gallons of water per well, and even the least intense wells require at least 2.3 million gallons, according to the U.S. Environmental Protection Agency.

This is no small matter because hydraulic fracturing is expected to help boost natural gas production by nearly 30 percent by 2035. Nearly 80 percent of that 21 trillion cubic feet of future natural gas produced per year will be from shale and other “unconventional” sources, according to the estimates of the U.S. Energy Information Administration. To fulfill that energy prophecy with fracking will require some smart thinking about water.

From David Biello at Scientific American