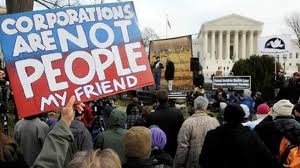 One more vote. That’s all that’s left to get Assembly Joint Resolution 22 through California’s state legislature.

It’s passed in committee — in part thanks to the calls and activism of voters like you. Now, if the resolution passes the state Senate, California will join five other states — Hawaii, New Mexico, Vermont, Rhode Island, and Maryland — whose legislatures have called upon Congress to pass a constitutional amendment that would overturn the Supreme Court’s disastrous 2010 Citizens United decision.

We’re so close — your call could make the difference!

The vote could come before the full Senate as early as Thursday.

AJR 22 would send a clear message to Congress and particularly California’s formidable congressional delegation that the Citizens United era must come to an end. The Supreme Court’s 5-4 opinion in Citizens United v. FEC undermined more than a century of law limiting corporate influence in our elections, and has led to the rise of corporate special interest spending in the form of super PACs and other groups that are defining this election cycle. As AJR 22 states,Citizens United “represents a serious and direct threat to our democracy.” Please call your State Senator today.