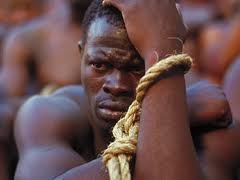 Juneteenth is the oldest known celebration commemorating the ending of slavery in the United States. In remembrance of this historical date, the MCLM is proud to present the 1997 film, Amistad. Amistad is based on the true story of a group of imprisoned West Africans who successfully took control of their slave ship. They continued to sail, hoping to find help when they reached land, but instead were jailed as runaway slaves when they reached the United States. The group is led by Sengbe Pieh, played by Djimon Diaw Hounsou, who won an NAACP Image Award for his performance. The film was nominated for four Academy Awards and also features Morgan Freeman, Anthony Hopkins, and Matthew McConaughey. There will be a discussion after the film led by the MCLM’s own resident film buff, Les Willis. Come keep cool and enjoy an afternoon film with us!