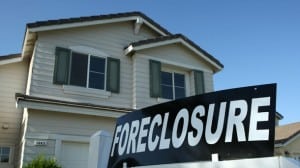 Mortgage blues?  You are not alone- there will be a Town Hall to provide information on what Attorney General Kamala D. Harris and the California Legislative Black Caucus are doing to protect our state’s homeowners on Thursday, June 21 at 6 pm at the California Science Center at 700 State Drive.

The California Homeowners Bill of Rights is a legislative package designed to bring fairness, accountability and transparency to the state’s mortgage and foreclosure process. Find out about these bills, as well as what the historic $18 billion national mortgage settlement and other protections, will do to protect California homeowners.

Attorney General Kamala D. Harris authored the California Homeowner Bill of Rights designed to protect homeowners from unfair practices by banks and mortgage companies and to help consumers and communities cope with the state’s urgent mortgage and foreclosure crisis.

“California communities and families are being devastated by the mortgage and foreclosure crisis. We must ensure the deceptive practices that caused it never happen again,” said Attorney General Harris. “The California Homeowner Bill of Rights will provide basic fairness and transparency for homeowners, and improve the mortgage process for everyone.”The legislation builds on the California commitment announced by Attorney General Harris earlier this year, which is expected to result in $18 billion of benefits for California homeowners. That agreement included reforms for mortgages owned by the five banks that were signing parties. The California Homeowner Bill of Rights will strengthen those protections, make them permanent, and apply them to all mortgages in the state.“When I secured the California commitment, I made clear it was only one of many steps I am taking to comprehensively address the mortgage and foreclosure crisis,” Attorney General Harris continued. “I want to thank Senate President pro Tem Steinberg, Assembly Speaker P&eacute;rez and all the other lawmakers who are supporting this urgent package of legislation for homeowners.”

“I want to congratulate the Attorney General on the victory she won on behalf of the people of California,” said Speaker John A. P&eacute;rez. “Our state has suffered greatly as the result of bad actors in the banking and financial industries, and this settlement holds them accountable as we continue the difficult work of recovering the housing market and stemming the tide of foreclosures, evictions and auctions.”

“Millions of Californians have already lost their homes to foreclosure and the mortgage crisis is far from over,” said Senate President pro Tem Darrell Steinberg. “This landmark settlement negotiated by Attorney General Harris helps thousands of Californians but thousands more need the same help. We need to put these protections into law so that more people can save their homes.”

For more information or to RSVP, please contact: blackcaucus.legislature.ca.gov