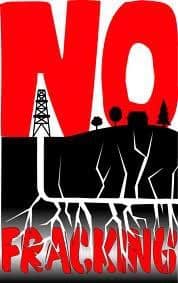 “Our community is seriously impacted by the oil field, and people are rightfully dissatisfied…We are ready to support a moratorium on fracking until we have regulations in place that will assure the health and safety of everyone affected.” Mayor Andy Weissman spoke to a crowd of almost 500 people who had filled the Mike Balkman Chambers for a state-sponsored meeting to gather information on June 12, and the applause was loud.

While the presentation from the California State Department of Conservation was brief, bland and not very informative, the people who came to speak were educated, connected and passionate. Although Weissman spoke in an official capacity, among those who waited their turn for the podium were former school board member Saundra Davis, Vice Mayor Jeff Cooper, Council member Meghan Sahli-Wells, former City Treasurer Crystal Alexander, former Mayor Steve Gourley and former council candidate Stephen Murray, proving that you don’t have to be an office-holder to be an activist.

Of the dozens and dozens of citizens who waited, some of them for more than two hours, to speak to the state’s representatives Jason Marshall and Tim Kustic of the Division of Oil, Gas and Geothermal Resources, (DOGGR), many were representing an organization involved in the fight to get the facts out in the open. They came from Carson and Topanga, they came from Ladera Heights and Calabasas, they came from the organizations as large as the National Resources Defense Council and the Sierra Club. They were parents and grad students, some people who had been involved in the problems caused by PXP for decades, and some who had just gotten involved.

Jim Waterhouse of the Citizens Climate Lobby took an instant survey of the room in his moment at the podium. “How many people think that regulating fracking can work ?” One hand went up. “How many people would support a ban?” Hundreds of hands went up.

The purpose of the evening was for the officials from the Department of Conservation to gather information to consider regulating “fracking,” the controversial process being used by PXP in the Baldwin Hills Oil Field.

Blair Hills resident Ken Alexander recalled the infamous explosion of 1985. “Fracking is based on the principle that “what happens 10,000 feet underground, stays 10,000 feet underground.”  In an earthquake fault zone, this is totally removed from reality.  Earthquake fault are porous, like elevator shafts that gas can pass through to reach the surface.  And now with fracking, they are proposing to go down there and push on the gas!  In 1985, in the Wilshire-Fairfax district, there was an explosion at a Ross Dress-for-Less store when gas migrated to the surface from thousands of feet down.  And that was without benefit of any push from fracking!  Fracking is inherently unsafe here, and we need a ban on it.”
Patricia MacPherson of the Grassroots Coalition pointed out that public information that was purportedly available was not. “Info is not available online; things that you say are there are, in reality, not there, so how can we even investigate ?”

Steve Gourley was so unhappy over the lack of a map in the DOGGR presentation, he removed several posters from the state’s presentation and used the map on the right hand wall of the council chambers to illustrate his argument.  “When they started digging in Blair Hills, we felt it. Raintree can smell it. Culver Crest has been sickened by it.”

When Crystal Alexander spoke, she offered the financial stats on Love Canal and the BP Oil- Gulf Coast disaster, noting that the “entire budget for Culver City 2013 is $186 million dollars. We cannot afford to even consider the clean-up costs of a Baldwin Hills Oil Disaster.”

Rick Tuttle, the former Controller for the City of Los Angeles, did not address the financial angle, but spoke instead to the reputation that Governor Jerry Borwn has held as being a “great environmentalist”  as well as nominating Michael Hiltzik of the Los Angeles Times for a Pulitzer Prize for his series on fracking (go to [email protected] for more info.)

Michelle Weiner of Transition Culver City was one of the last to speak.  I have heard from a resilient community, a community that spoke almost in one voice about what we want. We need to ask our city representatives to carry this forward.”

Long time Culver Crest activist John Kuechle commented “I’m hopeful. I have not been hopeful in a long time, and now, I’m hopeful.”