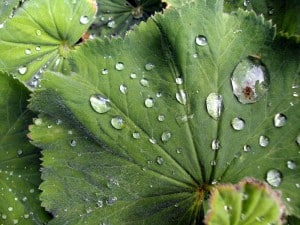 Astronomers at Arizona State University have found an exceptionally distant galaxy, ranked among the top 10 most distant objects currently known in space and the faintest galaxy ever observed. Light from the recently detected galaxy left the object 13 billion years ago—only 800 million years after the beginning of the universe.

A team of astronomers, led by James Rhoads, Sangeeta Malhotra, and Pascale Hibon of the School of Earth and Space Exploration at ASU, identified the remote galaxy after scanning a Moon-sized patch of sky with the Magellan Telescopes at the Carnegie Institution’s Las Campanas Observatory in Chile. Their research was published in the June 1 issue of The Astrophysical Journal Letters [arxiv.org/abs/1205.3161].

The observational data reveal a faint infant galaxy, 13 billion light-years away. “This image is like a baby picture of this galaxy, taken when the universe was only 5 percent of its current age,” says Rhodes.

A special filter fitted to the telescope camera was designed to catch light of narrow wavelength ranges, allowing the astronomers to conduct a very sensitive search in the infrared. “We have been using this technique since 1998 and pushing it to ever-greater distances and sensitivities in our search for the first galaxies at the edge of the universe,” says Malhotra. “Young galaxies must be observed at infrared wavelengths and this is not easy to do using ground-based telescopes, since the Earth’s atmosphere itself glows and large detectors are hard to make.”

To be able to detect these very distant objects which were forming near the beginning of the universe, astronomers look for sources that have very high redshifts. They refer to an object’s distance by a number called its “redshift,” which relates to how much its light has been stretched to longer, redder wavelengths due to the expansion of the universe. Objects with larger redshifts are farther away and are seen further back in time. The new-found galaxy has a redshift of 7. Only a handful of galaxies have confirmed redshifts greater than 7, and none of the others is as faint as LAE J095950.99+021219.1.

“As time goes by, these small blobs which are forming stars, they’ll dance around each other, merge with each other and form bigger and bigger galaxies. Somewhere halfway through the age of the universe they start looking like the galaxies we see today—and not before. Why, how, when, where that happens is a fairly active area of research,” explains Malhotra.

FROM THE FARTHEST GALAXY TO A DEWDROP IN THE GRASS seems like a long leap, but the same laws of physics prevail in both. The other day, I stopped on my morning walk to take a long look at a small point of brightness in a grassy lawn. It turned out to be a drop of dew reflecting—and refracting—the sunlight, creating a rainbow-like spectrum. As I sat on a wall beside it, I found that when I moved my head ever-so-slightly, the gleam changed from red to green and back again.

Just as raindrops in the sky can make a rainbow for all to see, that dewdrop was making a spectrum of light just for me. It was my own personal rainbow, and I had the power to change its color by just moving my head. Gazing at this gave me a feeling of wonder, and I longed for a telescope—or microscope—that would let me look deeper inside that drop. Whether it’s in far space or on a blade of grass, I thought, science is all around us, just waiting to be seen, understood, and loved.

Hint of a rainbow
On a very small dewdrop…
Waiting to see more.