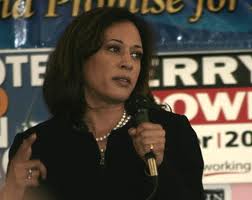 California homeowners have been tricked, lied to, and swindled. Foreclosed on while supposedly in negotiations to refinance their loans. Scammed into predatory loans even when they qualified for better terms. Evicted from their homes, even when their bank no longer has the legal right to do so.

Millions of Californians have already lost their homes to the deceptive practices and outright fraud of big banks. This week, we have a powerful chance to fight back.

Right now, the California Homeowner Bill of Rights — a package of proposals from Attorney General Kamala Harris that would prohibit current mortgage industry practices and give homeowners the means to defend themselves — is on the verge of becoming law. This would be a major victory over big banks, and one that could set a precedent nationwide.

Here’s the problem: A handful of so-called “moderate” Democrats is trying to strip the bill of any meaningful enforcement provisions. They’re also trying to block a vote from happening this week. But they’re listening closely to their colleagues to see what they can get away with, so it’s important that every single state legislator hear from us.

Tell your state legislators: Sacramento must stand with homeowners, not big banks!

These Democrats are threatening to remove a crucial piece of the legislation that gives homeowners the ability to take banks to court to defend their homes. That’s right — they basically want to take the teeth out of the whole bill!

What’s the point of a Bill of Rights if homeowners can’t defend themselves when big banks break the law?!

Thanks to Attorney General Harris and the hard work of our allies at the ReFund California coalition, victory is within sight. The mortgage industry can’t defeat this bill head-on. Their only chance is to water it down and stall the bill in committee.

A victory for homeowners in a big state like California could echo nationwide. Every time people win instead of big banks, it gives momentum to our call for real, meaningful relief for underwater homeowners.

Your voice matters. When enough voters join in, the politicians have to respond. Click now.