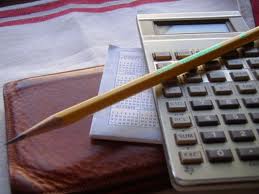 SB 1088, a bill that would prohibit a public school from denying enrollment or
readmission to a pupil solely on the basis that he or she has had contact with the juvenile justice system passed out of the Senate on a unanimous vote of 38-0 on Tuesday, May 29.

This legislation, authored by Senator Curren D. Price, Jr. (D-Los Angeles) also allows a parent to make a request for second review for readmission for a student who has been expelled or denied readmission; and requires that the district conducts such a review.
“Too often, youth who have been expelled from school or involved with the criminal justice system have been victims to policies that make it difficult, if not impossible, for them to return to a traditional neighborhood school,” said Senator Price. “Instead, the vast majority of these students are placed in alternative school settings that offer very little in terms of academic programs and have the highest drop-out rates in California; in effect, creating what we often referred to as a “school-to-prison pipeline.”

This bill will help to ensure that students, in certain cases, are provided a second chance for an opportunity to a quality education and a good start in life, he added.
SB 1088 is supported by more than three dozen statewide organizations including, Youth Law Center, the California State Parent Teacher Association (PTA), the California Teachers Association, the Center on Juvenile & Criminal Justice and  the Children’s  Defense Fund.