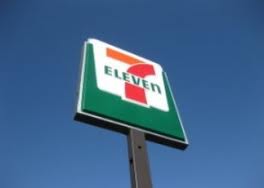 An unhappy group of Culver City residents left the Planning Commission last night, with another 7-Eleven store in the pipeline, despite their objections.

A quick stroll down Sepulveda can quickly remind one how far Culver City has come. As if the area surrounding City Hall and The Culver Hotel isn’t impressive enough, this strip of Sepulveda has been notably improved in recent years. When you come to the corner of Braddock, there sits an empty lot. As announced at the city planning committee meeting yesterday, no longer will it sit vacant. The space has now been approved to be another 7- Eleven, much to the disapproval of the residents of the surrounding  neighborhood.
The meeting began with sound problems, limiting them to one microphone for all that wished to speak. After a quick presentation by the 7- Eleven representatives showing the new modern look of the store, similar to the architecture you see on the parking lots for the Santa Monica place, and the food, including new healthier options they plan to offer, it was the public’s time to sound off. The residents of the neighborhood expressed their concerns with everything, from the traffic, to the food the store offers, to the safety of the children at the nearby school.
Resident Marie Malahi expressed her concerns, and her distaste for the presentation prepared by the corporate representatives. She followed by saying she has video footage and a presentation of her own about what goes on on the corner and what effect the store could have, although she needed more time to prepare it than was given.

Following Malahi’s words, resident Alexandra Mau stood and voiced her distaste for the project as clear and concisely as she could. The biggest concern Mau brought up was that the 7-Eleven being right on the corner, made a blind corner putting the children at risk. “I’m sure the day will come when many children are mowed down because of the blind corner.” She followed her critisism though with suggestions of what to do with the space. Her first suggestion was to turn it into a green space for the children and adults to loiter, and she followed that with suggesting that it be turned into a parking lot for the many businesses already set up and thriving in the area.
Following the residents opportunities to speak, Commissioner Scott Wyant expressed his concerns with the validity of the traffic study done by the 7- Eleven representatives. Apparently the study was done just before Spring Break, cutting down on school traffic, and other numbers didn’t seem to add up to the Commissioner. But despite that, and despite the concerns of the surrounding residents the city approved the plans for the 7- Eleven, on conditions for certain things to be fixed, and a more valid traffic study be administered and presented to the Planning Commission.
As the citizens booed and walked out of the meeting room expressing their distaste for the committee’s decision, the 7- Eleven representatives stood, shaking each others hands excited at their victory.