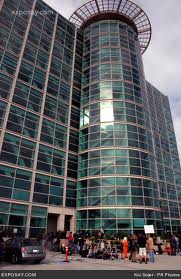 It was an anti- climactic scene on Friday, May 18 at the Airport Courthouse, where former El Rincon PTA Treasurer Cheryl “Cheri”  Noda was scheduled for a hearing with the Los Angeles District Attorney’s office  under arraignment for embezzling funds.

Judge Mark Windham called for a continuance on the case.

The eight Culver City PTA leaders who had been present to testify under subpoena met with the prosecuting attorney in the hallway, and were released by deposition.

Council PTA President Leslie Gardner noted, “We’ve all been interviewed for hours, so they have our statements. There isn’t anything else they need from us. The attorney will get in touch and let us know what’s next.”

The next court date for Noda is still pending.