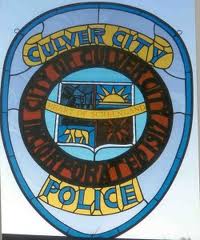 For the 12th year, the Culver City Police Department sent a team of 20 runners to compete in the annual Baker to Vegas Challenge Cup Relay. Each runner runs a relay leg of 4.0 to 10.7miles, depending on the difficulty of the leg. The race started in the city of Baker, California on Saturday, 4/21/12, and finished in Las Vegas, Nevada on Sunday, 4/22/12. With teams coming from as far away as Europe, this 120-mile relay race is recognized as the largest law enforcement sporting event of its kind in the world. The race starts during the daytime desert heat and lasts through the night, where the temperatures may drop to freezing, as the runners reach the summit of the Mountain Springs Pass (5,600’). Over 278 Law Enforcement teams participated in this year’s very competitive event, which promotes camaraderie and discipline among Law Enforcement Officers. The top 3 finishers in each division are awarded a highly coveted winner’s “Mug”.

By posting an outstanding time of 15 hours and 48 minutes, Culver City finished 2nd in the 150-Team Division and 32nd overall earning the elusive “Mug”. This was a true team effort that could not have been accomplished without the help of local donors, support personnel, and the officers, including reserves, which remained behind to keep our city safe.