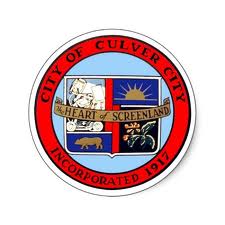 The council chambers were packed, and the biggest order of business on April 23 was the seating of the new council, after honoring and applauding the old. Then, as tradition demanded, it was time to rotate the mayor.

While the newly-elected Jim Clarke and Meghan Sahli-Wells filled the empty seats, the lack of a sitting Vice-Mayor gave a brief pause in the election of Andy Weissman to another mayoral turn, with Jeff Cooper installed as the new Vice Mayor.

At the beginning of the evening, after the invocation and the pledge, a letter of commendation from Senator Diane Feinstein lauded departing councilman Christopher Armenta for his service. Each of the council offered their anecdotes and memories of working with Armenta and wished him well on his departure.

Addressing the council and the crowd, Armenta said “It was a tough choice not to run again, and only those who have put in the time and the effort to run for office know what it takes.” The crowd offered a standing ovation to the departing Armenta.

After each newly elected ( and re-elected) council had been administered the oath, all were seated. From the dais, Meghan Sahli-Wells offered her thanks to all who supported her campaign, but offered a gentle scolding for the low voter turnout.” We didn’t even make 20%, and we need to work on that.” She also noted that only five women have been elected to the council in the history of Culver City, and encouraged the voters to open to more diversity.

Jim Clarke offered thanks to all of his supporters, his campaign staff and the long list of people who helped him achieve his seat,  noting “It takes a village to win an election.”

Andy Weissman spoke “to the voters who had the audacity to put me back in office, thank you very much. You have elected a tremendous city council; we take a great pride in being able to work across all diversities. I’m looking forward to working with all of my colleagues, and thank you all for being here for all of us. ”