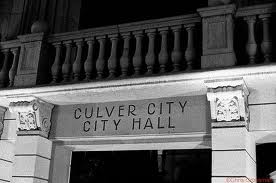 “At the end of the night, we will not yet have all the ballots counted,” offered Martin Cole, the City Clerk in charge of the election for the council, “so we may have a clear path, or we may not.”

As the ballot counting began, campaign managers and political junkies all filled the seats at the Mike Balkman Council Chambers, waiting to get the numbers.

A close race throughout the campaign season, it comes to an end with numbers even closer than expected.

The top four vote-getters, Weissman, Sahli-Wells, O’Leary and Clarke were all much closer together than the politicos had predicted. Clarke will serve the unexpired term, with the three other candidates serving the full four years. The path is clear.

Measure X, the option to increase the transient occupancy tax, had 83.2% “yes” votes, an easy pass on increasing the tax on hotel stays.

Jim Clarke stopped by to look at the numbers, smiling and shaking hands. “I want to thank all the people in Culver City who have come out to support me. This is has been a great experience and I’m very grateful for all the support.”

Cole reminded the departing crowd that there will still votes to be counted and signatures to be verified, but the numbers seemed to say that the matter was settled.