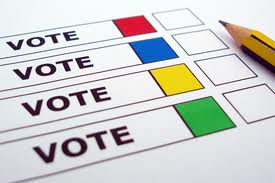 When I sit down to do my endorsements before the election, there are always multiple factors to consider. The deciding factor is how to have a city council that can work effectively to get things done. I have done a lot of research on this project. So, you have permission to copy my homework; Weissman, Sahli-Wells, Malsin and Clarke.

The angry cries of “dirty politics!” do cause me to laugh a bit. Dirty politics is where people get killed, my friends. In Culver City, dirty politics is where feelings get hurt. When you care passionately about something, and someone else argues against your position, feelings can hurt. Still, allow me a gentle reminder that the opposite of love is not hate; it’s apathy. The thousands of folks who vote regularly in this city are such a small slice of the population that we constitute an aristocracy of energy. As the famous Lorax of Dr. Seuss told us. “Unless someone like you cares a whole awful lot, nothing is going to get better. It’s not.” I know you care, because you keep asking me for my opinions. So, here’s what I think we should do.

As I have already lauded Andy Weissman, I don’t have much to add to his endorsement. I’ve seen Andy vote on hundreds of agenda items, and I find his politics to be centered and sane. To those who object to Andy for any particular decision he has made, I feel that the good he has done far outweighs any error. I also feel he is one of the two assured winners in this race.

Meghan is, as many have said, a needed addition to the council. To those in the uncertain category who doubt her lack of experience, that standard would doom us to an unending line  of incumbents. She is  passionate about politics; her philosophy is how she lives her life. This is not a part-time job to Sahli-Wells. This is how you change the future. My only whisper of warning to Meghan is not to play her hand too harshly. Richard Nixon would have easily won the presidency in 1972, but his ego needed a landslide; hence, Watergate. To use a metaphor closer her Culver City heart – don’t pedal on the downhill, my dear. Gravity will get you there.

The arguments with the most heat have all been about Scott Malsin. He is one of our leaders who seems to be such a controversial figure, voters really do love him or hate him. I don’t sit on either side of that fence. Scott has done very well on the council, and I agree with many of the votes he has cast. I think he suffers somewhat from Al Gore Syndrome. His official persona as council is often seen as disconnected and dry. In real life, he can be very relaxed and easy to communicate with, and even occasionally funny. Endorsing Scott is not simple, but it’s worthwhile. Like Meghan, he is committed to both arts funding and local animal control. His work on the Expo Line has been important. I want to see him finish his term. But this is going to be a very close race, and someone else maybe finishing his term.

I am really a fence sitter on the last vote. Neither O’Leary or Clarke has me so impressed or so unimpressed that I want to endorse one. O’Leary has done a decent job in office, but not an outstanding one. I don’t discredit him for his business or his injury ( hey, my people are Irish, they’ve just been here longer – I do know how these things happen ) but his lack of a deeper understanding on the long-term effects of some of his votes. He often uses language that seems to say the opposite of what he means.  Maddeningly, I have often found Mehaul doing the right thing for the wrong reason. Still, it’s the right thing. And as I am (ethnically) Irish, it is a political sin to cast an incomplete ballot. The ghost of my grandmother will not let me sleep, and as any Irish can tell you, those Callahans are relentless.

Which brings me to consider Jim Clarke. Clarke is in the strange position of being an old political hand who is a newcomer to the scene.  When he declared his long membership in the Culver City Democratic Club, I knew he had their endorsement; truly, the rest of the evening was kind of a creative time- waster. His resume with Diane Watson and  Antonio Villargosa shows me a person committed to politics. Unlike Meghan, he seems to have been someone to put it away at the end of the day, or I feel that we would have seen a whole lot more of him around here. We will do better with a balance of new and old, and Clarke is a fresh ingredient that might add some leavening. If he can raise the dough, he will be a good addition to the council.

The Tax- Vote yes. No harm in it, we need it, just vote yes.

I do not care to sneer, smear or disdain those I disagree with; I would rather make you think or feel or laugh.  I do think the “stealing the lawn signs” bit is so 8th grade, it needs to stop for the sake of dignity. Trying to make the opposition invisible means they can make you invisible too.

I have published every letter I have received in this election, and I hope all our readers recognize that Crossroads is here to be a forum for everyone in Culver City. You might not agree with my choices, just make a choice. If I can persuade you to get to the polls and vote, then I have succeeded. There is no limit on the energy of commitment. If we get a record breaking turnout on Tuesday, it will still be only a small slice of the people who are are affected by what happens in the Mike Balkman Council Chambers.

Go vote. Check on your neighbors and make sure they can get to the polls. If you already mailed it in, good for you. I’ll see you at the party, with the rest of the aristocracy.