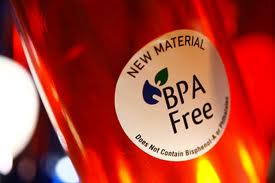 On March 31st, the FDA will issue a final decision on whether or not BPA should be banned from consumer goods.

It’s highly toxic, families are being exposed to it left and right, and, now we have a chance to help get rid of it! In just two days the Food and Drug Administration (FDA) is going to issue a final decision on whether or not BPA should be banned from consumer goods. This is the big moment we have been waiting for, and we’ve got to act quickly.

Make sure the FDA knows that moms across the country want BPA banned for good!

Why must BPA be banned? In the past two years, BPA has been linked to cancer  and the decreased effectiveness of breast cancer medications. It’s more bad news for a common chemical that was already connected to a wide variety of health issues, but really, it’s more bad news for our families, who may be routinely exposed to this dangerous chemical through simple actions like eating a bowl of canned soup or getting dinner at a restaurant.

Laboratory studies link BPA exposure to breast cancer, infertility, ADHD, and obesity. And children, whose brains and organs are constantly developing, are particularly at risk and are exposed to more BPA for their size than adults.

It’s hard to avoid BPA without it being banned because BPA is a commonly used chemical in canned and packaged foods. This past year, studies from the Breast Cancer Fund have found BPA in everything from delicious holiday foods to organic soups marketed to kids. It also appears in non-food products, such as sport water bottles. BPA leaches from the lining of cans into the food that these cans contain. With 2 billion pounds of BPA produced annually in the US, it’s no wonder that 93% of Americans have detectable levels of BPA in their bodies.

Our families deserve to be safe from the toxic chemical BPA! Tell the FDA to make the right choice and ban BPA:

The FDA will issue a final decision on whether or not BPA should be banned from consumer goods this Saturday.  We need to send them a strong message that BPA does not belong in the foods and products our families use. Please share this petition with your family and friends, and through Facebook. The more voices, the stronger the message that moms are fed up with BPA and ready for the FDA to make a real change.

Editors Note – Even if you are not a parent, this stuff is still toxic. Canada banned it in 2008, and those folks are smart enough to have national health care…