Crime Blotter for March 20 through the 26th.
Residential Burglary:

On March 20, 2012 at 2:42 pm, officers responded to the 3800 block of Sawtelle Boulevard regarding a burglary investigation. The officers spoke with the victim and he told them the following; he and his wife left for vacation and secured their residence. On March 20th the landlord discovered that the bathroom window screen had been removed and the window had been pried open. The land lord checked the interior and discovered the unit had been ransacked.

Stolen Vehicle:
On March 21, 2012 at 9:55 pm, officers responded to the 6300 block of Green Valley Circle regarding a stolen car investigation. The officers met with the victim who told them the following; her dad parked and locked her 1993 Honda at 8:30 pm. When she returned to her car the next day at 9:00 pm the car was missing. 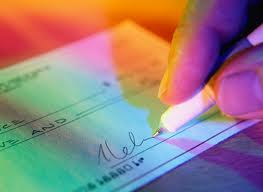