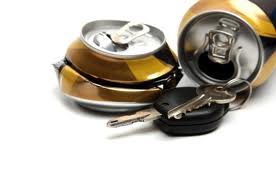 A drunk driver convicted of killing a husband and wife on New Year’s Eve in 2010 was sentenced to 33 years to life in prison.

According to the Los Angeles Times, Jorge Alberto Molina, 29, apologized to the family of Kelvin and Demetria Dorsey who left behind five children before he was sentenced by Superior Court Judge Stephen Marcus on Thursday.

“He had such a disregard for life,” Deputy Dist. Atty. Kennes T. Ma said. “He was traveling at speeds ranging from 55 to 100 mph before he crashed into their car.”

Molina had a .21% blood-alcohol level when he was arrested on Dec. 31, 2010, following a brief high-speed police chase. The Culver City man ran a red light near Florence Avenue and Crenshaw Boulevard about 11:30 p.m. and crashed into the Dorseys’ car. He then got out of his car and, without rendering aid to his victims, tried to run away before officers arrested him, Ma said.

The force of the crash caused the couple’s blue Infinity to flip on its roof, killing them, according to Ma. The Dorseys’ five children range in age from 17 to 28, Ma said.

Molina, who had a prior DUI conviction, was found guilty of two counts of second-degree murder and leaving the scene of an accident by a jury in January. Molina admitted to drinking a bottle of tequila and six beers before driving that night. He also had a bottle of vodka in his car at the time of the crash.