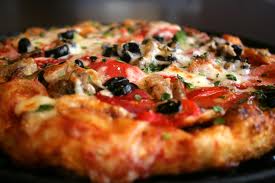 Kids and government normally are not seen as hand in hand. The goal at the Ivy Substation Wednesday night March 14 was to change that. The Ask 2 Know Council Candidates Forum, sponsored by Kids Scoop Media filled the house with young faces. While the forum didn’t begin till 7 pm the seats were filled much before then and soon even the aisles were running out of space for the youth attending, wanting to get involved.
Claire Wineland and Nicole Martin, the forum’s moderators, started the forum giving candidates a chance to introduce themselves to the audience, tell which LaRocco’s  pizza they brought and why, (the Pizza Personality Challenge) and then opened the forum up for questioning. The first topic presented by a young man named Erik was if Culver City would be implementing a ban on plastic bags similar to the one recently put into effect in Santa Monica. All of the candidates were in agreement that there should be a ban. Candidate Scott Malsin assured the audience that Culver City was already on its way to passing such a ban. Candidate Stephen Murray said the city should go a step further and actually begin only allowing polystyrene styrofoam bags as seen in certain cities in northern California. But candidate Meghan Sahli-Wells revealed that the styrofoam bags are actually impossible to recycle and would become detrimental to the sustainability in Culver City. When asked what could be done to reduce the carbon footprint of Culver City, Sahli-Wells continued her point mentioning her support for the Green 5 campaign in the Culver City schools teaching kids what they can do to help the environment.
The next question given to the candidates was regarding the state’s Prop 8, and if they would support overturning it. To this all of the candidates seemed to be in enthusiastic agreement that Prop 8 should be overturned, except for current mayor Mehaul O’Leary, who stressed that the forum should remain focused on city council issues instead, adding “I have my beliefs just as you have yours.” Current Director of Federal Relations for the city of Los Angeles and council candidate Jim Clarke finished on this topic by saying California used to be at the front lines on this issue but has fallen behind other states as of late, and that California needs to once again lead the country in the fight for LGBT rights.
Another issue that seemed to hit close to home with the young audience was what could be done about the Culver City Police Department’s harassment of teens and minorities. Candidate Sahli-Wells suggested maybe diversifying the police force, and putting cameras in all of the patrol cars as an extra eye looking over the police force. Candidate Andy Weissman then assured the audience that Culver City had the best police force in Southern California, and that this reputation of the Culver City Police Department as unfair or overaggressive has been the result of years of bad press and will take time to change. On the issue O’Leary explained to the audience that it is the councils job and right to fire the chief of police if he is not correctly serving the community but need to be pressured to do so by the community otherwise removing the chief of police would just be unreasonable.
Among all these hard hitting issues brought up by the kids, before the night was over the most important issue found its way to the stage; how can the youth get more involved in local government? Mayor O’Leary took the lead on this one suggesting to the audience they come to the city council meetings and voice their opinions, complaining that currently the meetings are the same people asking the same questions. Weissman reiterated this point in his closing statements when he said how refreshing it was “to be in front of people with smart and new questions.” After the three months spent putting the forum together by Michelle Mayans, adult members of the audience were in clear agreement that it went over well, and that the turnout of youth was impressive to say the least. Mayans explained that with forums like this “I really want kids and politics to be something that rolls off the tongue more easily,” and seeing the turnout Wednesday night, and the maturity of the issues the kids brought up, it’s easy to imagine them seen as hand in hand.