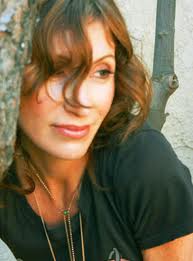 I, Francesca Lia Block, working author/teacher and single mom with good credit and an up-to-date mortgage for an over-encumbered property (that has declined due to current market conditions and the recession), have decided, after much thought, to go public with my complaints against Bank of America.

In order to avoid potential foreclosure, I have been trying to work with the bank since March, 2010 to modify an unfair interest-only loan on a property that has declined in value. I have been subjected to inefficiency of unimaginable proportions, rudeness and inexcusable delays. After hearing about Obama’s plan to help people in a similar situation and reading various things on the Internet about what the bank is saying it will do to help people I am now bringing this to your attention.

I ask your help in spreading the word about this situation so that I may maintain my home for myself and my children. ( Editor’s note- forward to everyone you know who does biz with B of A )

I have been in the faerie cottage for almost five years. Here is where you have come to share cupcakes and read your stories and laugh and cry. Here is where my children play and snuggle and sing and where my dog barks at you one second and the next is kissing your face. Here is a mermaid bathroom, an apricot tree with tiny pink blossoms, a pond with purple flowers, a jacaranda that I planted, roses tall as a man in spring, a pot of mung beans and rice on the stove, my father’s paintings, my mother’s books, lots of little goddess statues and other charms from you, my friends and readers. My kids can walk to their school, which is great since my ability to drive is getting more and more uncertain (due to the loss of most of the vision in one eye due to a perforated retina and the cataract in the other). Their friends are also within walking distance. It is a safe, lovely neighborhood with a park and a library near by. I planned on living here until I died, in my bedroom overlooking the garden with my children on either side of me, and everything would be okay. All the heartache and pain and stress would be worth it if I could own this home and pass it on to my kids.

I bought the house as joint tenant with my mother in 2007. The Countrywide loan was in her name but I made all the payments. The cost of housing was continuing to rise and I was trying to get in while I still could, afraid I would never be able to afford a home for my family. I got an interest-only loan which does not pay off principle until later, after having been reassured by my broker and realtor as well as accountant that I could refinance in a year or two and start paying off principle. Then the market crashed, the value of the home has continued to decline (to $150,000 less than the original cost) and the bank (now Bank of America who bought out Countrywide went it went under) refuses to refinance on an over encumbered or “underwater” property so refinancing is no longer an option. This is exactly the type of situation President Obama is trying to address with his new legislation since so many homeowners are in this position.
After having a very low income year in 2010 due to my retinal surgery and my mother’s death from cancer, I realized I would not be able to afford the loan, especially when it balloons in a few more years, so I tried to modify. After almost a year I learned that I could not qualify for a modification because the loan was in my mom’s name, even though I had made all the payments on time since the beginning and am now the sole owner. I am unable to assume the loan because I don’t qualify, in spite of having a good year in 2011—you need a year’s worth of mortgage set aside to even assume the loan at the high interest, interest only rate. I have been told by experts in the field that only by stopping paying may I be able to get the bank’s attention so they will let me assume the loan at a modified rate. I do not want to do this for many reasons, including the risk of foreclosure. If someone else came along to buy this house, they could get it at a very good price and get a loan at a very low rate. I tried to explain this to the bank, suggesting they could avoid the costs of foreclosure and I could avoid the heartache of leaving my home if they just worked with me but they have definitively refused.
These banks have been bailed out by the American public and yet are not working with us. The interest-only loan from Countrywide was egregious in the first place (although my broker, realtor and accountant reassured me it was standard for the times and quite safe, especially with the expected ability to refinance in a couple of years) and Bank of America knew this type of loan was unfair when they bought out Countrywide. B of A’s behavior toward a customer who has never been behind on a single payment has been inexcusable.

I ask that you let as many people as you can about this situation in the hopes that it will help others who have gone through what I am going through and perhaps, in some way, help me save my home for my family.
Thank you for your time, as always.
Francesca Lia Block

SOME COMPLAINTS AGAINST BANK OF AMERICA
My main complaints against Bank of America are:
INEFFICIENCY IN PROCESSING LOAN MOD PACKAGE, HAD TO RESEND NUMEROUS DOCUMENTS NUMEROUS TIMES
NEVER TOLD ME I WAS NOT ELIGIBLE FOR PROGRAM WHEN I APPLIED (ESTATE OF)
HAVE STILL NOT CONTACTED ME TO SAY MOD REJECTED (SINCE JUNE, 2011)
HAVE CHANGED PHONE NUMBER OF MY CONTACT PERSON SO I CANNOT REACH HIM. HE DOES NOT RESPOND TO MY EMAILS EITHER. HE TOLD ME THERE WAS AN ALTERNATIVE FOR ME BUT I WAS TOLD BY OTHERS THAT THIS WAS NOT TRUE. THEN TOLD BY SOMEONE ELSE THAT IT WAS BUT NO ONE COULD DIRECT ME TO CORRECT DEPT.
EXTREMELY RUDE SUPERVISOR WHO TOLD ME THE HOUSE IS NOT MINE AND THAT “YOUR MOTHER IS DEAD”
NO WAY TO MOVE FW. WITH ANOTHER TYPE OF IN HOUSE OR TRADITIONAL LOAN MODIFICATION OR ANY OTHER OPTION. I HAVE BEEN TRYING FOR ONE YEAR.

Editor’s Note – I can’t even count the number of people I know doing the refi who tell similar tales of sending and re-sending and re-re-sending documents. Why the banking industry itself feels this is acceptable treatment of the customers is beyond belief.