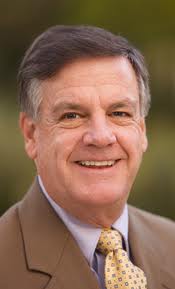 Jim Clarke, candidate for one of four open seats on the Culver City City Council, is proud to announce two additional important endorsements. He recently received support from the Culver City Employees Association which represents the majority of City workers. This week Jim was endorsed by the Los Angeles League of Conservation Voters, the leading voice of the Los Angeles region’s environmental community. The candidate stated, “I am encouraged by the broad range of support I have received from the community at large. I love Culver City and know that I can make a difference serving as a City Council member.”

Jim has been a resident of the City since 1977. He currently works as Director, Mayor’s Office of Grants for the City of Los Angeles. He is the only City Council candidate with current and significant public sector work experience. In addition to the two most recent organization endorsements, Jim is also endorsed by the Culver City Chamber of Commerce and the Culver City Democratic Club among others.

For more information about Jim Clarke visit www.jim4culvercitycouncil.com. The candidate can be contacted at [email protected]