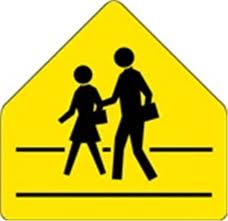 “It’s about the kids.”
“We are here for our children. Why are you here?”
“Our priority needs to be our students.”
“We moved to Culver City because of these schools.”
“We support the boosters because they support our kids.”

While it took the first two hours of the school board meeting on Feb. 28 to get to the agenda item, the issue of unionizing the El Marino adjuncts was the hot button of the night. All the statements cited above were repeated over and over by the more than 30 people who took to the podium to address the board.

The first two hours of the meeting were taken up with citizenship awards for outstanding students, full and impressive reports from both principals Tracy Pumilia of El Marino and Lynn Ebora of Farragut about their respective schools statistics in regard to qualifying as a California Distinguished School.

There was a lot of discussion of El Marino in the evening,  with another agenda item of moving Culver Park High School to another campus so that El Marino will have the space to go to full-day kindergarten. El Marino is the only school in the district that does not yet offer full day kinder, as was mandated by the state four years ago.

Every school in the district was represented in the audience and parents cited statistics, presented petitions and spoke seriously about how and why they give to the schools.

Jaime Wallace was the first to speak, and pointed out “We passed Measure EE to make sure that our schools have funding.” Her examples of the community support offered evidence that idea of taking parental controls away from parental funding was nonsensical.

Susanne Robbins emphasized the point. “I’ve been PTA, I’ve been a teacher, and what ACE is doing is wrong. I am truly deeply disturbed that the union wants to control my philanthropy.” Like many others, she offered that she was not against unions, but for the ACE leadership to simply step in and demand to bargain for employees of a non-profit who did not ask for the intervention was destructive. “We need this help in our classrooms, and we don’t have the money coming from the state to do it through union employees.”

The silver lining for the CCUSD parents in all this was the creation of ParentsHaveRights.org. Tom Crunk spoke at the podium saying, “There will be no more dividing us, and no more separating us.”

When Gina Marie Walker, the president of the Association for Language Learners at El Marino spoke at the previous school board meeting, she told of a meeting with the union and the district last September when she had been cautioned to stay silent.

Even the title on the agenda item was held to be false, in that it was not simply about the adjuncts at El Marino, it was about parent funded classroom support throughout the district.

Jennine Wisnosky Stehlin offered a boxed petition, saying she had “Nine hundred and sixty-nine names on this- and we want to present it to you as our proof that we are going to follow this all the way through.”

Heather Moses told her tale of raising funds for La Ballona to have classroom adjuncts through the La Ballona Education Partners, only to be stopped time and again by the district and the union. “Why take down the El Marino program, that works so well, we’re all interested in using it as a model for our schools?”

Michael King was the only person to speak about the leader of ACE, Debbie Hamme, whose absence from the meeting was like a missing stop sign on an open highway. He congratulated board member Nancy Goldberg on “having been personally endorsed by Debbie Hamme during the school board election. She campaigned for you. She knocked on my door. You should wear that as a badge of honor.” He exclaimed in a tone of shock and dismay, “I even voted for you!”

When the leader of the teacher’s union, David Meilke, came to the podium to speak, it to try and mitigate the damage to union credibility caused by ACE’s mishandling of the situation. “This is a technical issue,” Meilke stated, “we need to consider when is it appropriate for people in our classrooms to be supervised by our unions. We need some consistency. For ACE to ask for clarification is what unions do. My suggestion is that if the board can’t get clarification form their attorney that you jointly go to Public Employee Relations Board.”

Ro Sargent, a teacher and union member, gave a rejoinder during her term at the podium, saying “For this matter to go the PERB would be like you going to the IRS to ask how much they think you should pay them.”

Board member Laura Chardiet offered to write the language to amend the education code, stating that parents had the right to fundraise and volunteer, that volunteers were not to replace union employees, and that the district had the right to receive support from a federally recognized 501©3 organization. The room erupted, not just in applause, but a standing ovation.

The next school board meeting will be March 13, where the board will be expected to vote on the language changes.