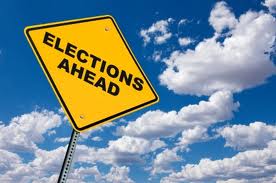 On Saturday, Feb. 18, two of the candidates for city council, Scott Malsin and Mehaul O’Leary both hosted fundraisers that turned out large numbers of followers and added fuel to the fire. With just over a month to go on the campaign, it was time for the candidates to get their messages out and bring some dollars in.

The O’Leary fundraiser was at the Culver Hotel and drew a good crowd in the late afternoon, with supporters wearing shamrock stickers promoting the candidate. Many were familiar faces who supported O’Leary in his initial run for office.

When asked what accomplishment he was most pleased with during his time in office, O’Leary the progress on the Expo line, as well as the city council’s efforts to stave off the sweeping arm of the state in the end of redevelopment. “We had to put together a number of somewhat complicated deals very quickly, but [the council] works together well and we had it in hand pretty quickly.”

The Malsin fundraiser had the added attraction of being a themed costume party, and the “Mad Men” at the Elks Lodge in the evening was quite well attended. With School Board member Laura Chardiet and supporter Maren Neufeld as “cigarette girls” (with nary a scrap of tobacco, but some very cute trinkets on their trays) the atmosphere was more party and less politics.  Showing a wide cross section of Culver City voters, there were more than a few who had also attended the O’Leary event earlier in the day.

When Malsin took stage to thank everyone for turning out, he was effusive in his enthusiasm, and remarked on the feeling of connection that makes Culver City what it is.

Malsin was quoted afterwords saying, “I continue to be inspired by the depth of support this campaign is receiving . It confirms that residents of Culver City want their elected leaders to have practical experience dealing with the critical issues facing our community.”
Meghan Sahli-Wells will be hosting her fundraiser at the Actor’s Gang on Friday, Feb. 24, and Andy Weissman’s fundraiser will be at Culver Studios this coming Saturday Feb. 25. Oh, and you all go and vote on April 10. That’s the date to remember.