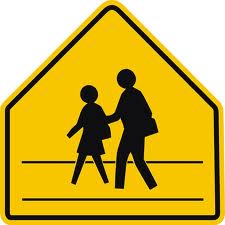 This is the kind of stuff that gives organized labor a bad name. The convoluted idea that we cannot have support in our schools unless we’re doing it under union rules is so toxic, it’s poisonous. Before you go to the school board meeting tonight, read this.

First, the back story, which has been on a slow simmer for years. The Classified Employees Union is threatening to sue over volunteers in the classroom, and adjuncts who are not employees of the school district. From the union  perspective, these are all jobs that should come under union jurisdiction. Since these employees are paid for by parent fundraising, they are not under union protection. To make them employees of the district is so impossibly expensive, we will have to fire them all.

The crisp reality of this is that we will lose all of our support staff in the classrooms, and people who have been employed under these terms will be unemployed.

The district is squeezed so tight that they cannot hire anyone else. The parents are giving their all, all the time. Every bake sale, every e-scrip drive, every hour put in weeding a garden or driving to a field trip is time spent not earning money. That’s in addition to all the financial donations that we make every month.

Why is this coming up now? Because the union thinks they have the votes on the school board to get it through. It does not matter how destructive, how disruptive or how utterly anti-logical it is. It’s a power grab.

While it might surprise some people to find me quoting the New Testament, I cannot think of another example more apt. When the Pharisees are giving Jesus are bad time about breaking the sabbath – he should not be working- he asks (general paraphrase here) “Are we suppossed to live for the rules, or are the rules here to support us ?”( It’s Mark Chapter 2 verse 27 if you want to look it up.)

Has any of these parent volunteers or adjuncts asked for the union to represent them ? Do any of these people feel that they are being exploited or abused because they do not have union protection ? The union seems to be playing the part of the Pharisees.

The oft-reapted mantra that “It’s all about the students” does not even qualify to be in the room. This is just a nonsensical move on the part of the union. It is absolutely going to harm the students. Absolutely.

Why now, when we are looking at the potential loss of another million or so out of the next budget ? Because they think they have the votes on the school board to get their way.

Stepping over to one of my other favorite texts, The Bhagavad-Gita, there is some complimentary wisdom. If your are not familiar with the Gita, it ‘s the story of a man trying to decide to go into battle. A fast paraphrase of the first chapter, Arjuna’s Dejection; “What good does it do us to make war on our brothers? How can we know happiness when we kill our own kin? ”

Gutting our classrooms of all the help we work so hard to provide is like going to war against your family. Deciding that rules are more important than reality is orthodox insanity.

This absurd idea that we need to keep fighting each other like the Capulets and the Montagues over every minor detail takes up energy. That’s energy we could be using to educate our children. And y’know, making the world a better place.

It would be great if every job could have union protection. Some other time, I’ll clue you in on the international wages-for-housework campaign. We all deserve sick time and medical benefits and vacations. But restricting parent involvement in CCUSD is not going to bring that about any faster. It’s a step in the wrong direction.