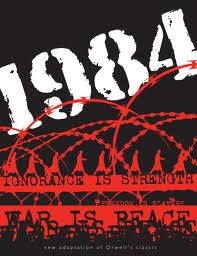 Meghan Sahli-Wells’ campaign for Culver City Council is presenting an exciting evening of dining and the arts February 24 that culminates in a groundbreaking performance of Orwell’s 1984 at The Actors’ Gang Theater in Culver City. Tickets for the 1984 fundraiser are available now on the campaign’s website at www.vote4meghan.com. One ticket option includes dinner before the show at Ugo Café in downtown Culver City.

Adapted by Michael Gene Sullivan and originally produced by The Actors’ Gang in 2006, 1984 has been seen by thousands of people and received rave reviews worldwide. As a highlight of its 30th anniversary season, The Actors’ Gang will remount 1984, directed by Tim Robbins — the Academy Award-winning actor, screenwriter, director, producer, and founder of The Actors’ Gang.

“This spectacular production of 1984 is a powerful reminder of the paramount value of freedom — the hallmark and lifeblood of our democracy – and highlights the many benefits we enjoy by supporting the arts in our community,” said Sahli-Wells.

“The arts are important not just because they inspire creativity, innovation and achievement in our young people, and improve the quality of life for all of us – though they certainly do,” continued Meghan. “The arts improve the city in so many ways, helping to create an environment where both creativity and commerce can thrive. Supporting the arts is not just a good thing to do; it’s a good investment in our future.”

Visit www.vote4meghan.com for a full list of endorsements, Meghan’s platform on the issues, details of her extensive record of public service, and more!