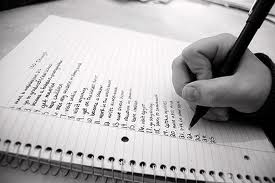 I don’t like New Year’s Resolutions. I feel limited, vulnerable and almost defeated before I’ve begun, since I know from experience I rarely accomplish anything past January 31st. It occurred to me many years ago that resolutions could be made and re-evaluated anytime during the year.

When making a new goal, make one easily attainable. For example, if you want to move more, decide you’ll exercise twice a week for 30 minutes. Perhaps less if you have physical challenges-start with 10 minutes. Don’t change the goal until whatever you’ve set out to do becomes a new habit, wired into your being so whatever you choose becomes natural to you. Once that initial goal is attained and made habit, then increase the goal to one more day, or 10 more minutes. Don’t adjust that increase until you are comfortable in your new norm.

We are often challenged with the idea of setting small attainable goals or resolutions that we can actually accomplish. We have some weird idea that goals should be difficult and yet when we fail, we only blame ourselves instead of re-evaluating the goal. No one goes from the couch to climbing a mountain. However, if we can’t climb the mountain within two weeks, well then we must be the problem. No, the resolution itself and the time allotted to achieve the goal could be the problem.

When you set your resolutions and move towards them as I’ve described, you’ll start recognizing your accomplishments. However, you might be inclined to discount the effort. It may occur to you that if you actually attainted your goal, you must not have suffered enough and therefore it has little value. CHANGE THIS THINKING. Our constant inner message of never being good enough is destructive to moving ourselves forward. Keep thinking your efforts have little value, and you’ll stay in stuck thinking and won’t be motivated towards further movement.

So now, what is your resolution? What goal would you like to progress with? Do make some choice. Do decide to move your life forward. However, you no longer need to give up on yourself by January 31st. Because this time you have set a small goal, given yourself the chance to make a new habit and you will have achieved what you set out to do.