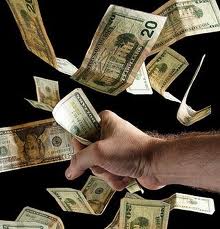 Crime Blotter for January 10th through the 16th.
Car Burglaries:
On January 10, 2012 at 8:00 am, a victim called the police department to report two of his vehicles had been burglarized. The victim said he parked and locked both his 2006 Nissan and 2006 Toyota Camry in the 6100 block of Buckingham Parkway on 01/09/12 at 9:30 pm. When he returned the next morning at 8:00 am he discovered both his vehicles had broken out windows and his property missing.
Street Robbery:
On January 12, 2012, at 12:40 pm, a victim called the police department to report he was a victim of a robbery. The victim said he was waiting for a bus in the 6000 block of Sepulveda Boulevard at 11:30 am. He was his cell phone when 2 suspects approached him and suspect 1 pointed a handgun at him and demanded his cell phone. Suspect 2 grabbed the phone and they both fled the location.
Suspect 1 is described as a male Black, 5’7, thin build, 140 lbs, and wearing sweatpants. Suspect 2 is described as a male black, 5’9. 160 lbs and wearing dark clothing.
Attempt Residential Burglary:
On January 14, 2012, at 1:20 pm, officers responded to the 3800 block of Howard view Court regarding a burglary investigation. The officers met with the reporting party who told them the following; she said she is the caregiver for the resident and when she arrived this morning she noticed the gate on the side of the house was opened. She walked to the garage area and noticed the door had pry marks. She then notified the police.
Stolen Vehicle:
On January 14, 2012 at 7:30 pm, officers responded to the 6000 block of Hannum regarding a stolen vehicle investigation; the officers arrived and met with the victim who told them the following; he said he parked and locked his 1998 Honda at 4:30 pm. When he returned at 6:00 pm he discovered his vehicle missing.
Forgery:
On January 14, 2012 at 8:12 pm a victim came to the police department to report she was a victim of forgery. She said she had gone to her band to withdraw a sun of money and the bank advised her of the possible fraudulent activity to her account. The bank told her that someone had recently transferred a large amount of money from her savings account to her checking account and then withdrew 2 large sums of money. The victim said she did not give any one permission to access her accounts.