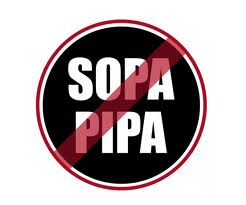 Jan. 18, in the midst of an Internet blackout by many major sites, Congress shelved SOPA, putting off action on the bill indefinitely.

The objection of the Obama administration was the key to closing the door. Though the administration’s chief technology officials officials acknowledged the problem of online privacy, the White House statement presented a fairly detailed critique of the measures and concluded, “We will not support legislation that reduces freedom of expression, increases cybersecurity risk or undermines the dynamic, innovative global Internet.” It added that any proposed legislation “must not tamper with the technical architecture of the Internet.”

House Oversight Chairman Darrell Issa (R-Calif.) said early Saturday morning that Majority Leader Eric Cantor (R-Va.) promised him the House will not vote on the controversial Stop Online Piracy Act (SOPA) unless there is consensus on the bill.

“While I remain concerned about Senate action on the Protect IP Act, I am confident that flawed legislation will not be taken up by this House,” Issa said in a statement. “Majority Leader Cantor has assured me that we will continue to work to address outstanding concerns and work to build consensus prior to any anti-piracy legislation coming before the House for a vote.”

According to the site AlterNet, It’s possible that a related version of SOPA could come back at some point down the road — though probably not this year — but for now, the push against the bill has succeeded beautifully.

Thanks to all who clicked.