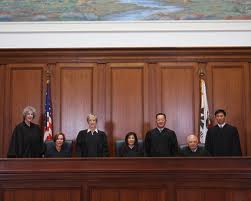 Today, Dec. 29, 2011 the State Supreme Court ruled that the abolishment of redevelopment agencies is a “proper exercise of legislative power,” thus the agencies can be permanently dissolved.

Culver City Mayor Mehaul O’Leary stated, “This ruling is the worst possible result and will have a disastrous effect on our planned development of areas such as Parcel B, Washington/Centinela and Washington/National. In addition to that, think of all the jobs that will be lost. I do not believe that this was the intent of the Legislature and look to them to act swiftly before the damage is irreparable.”

According to California City News, the budget-balancing bills approved by Governor Brown required that agencies had to fork over a ransom payment of $1.7 billion if they wanted to survive and $400 million thereafter. In a split decision, the court has upheld AB 1X 26 and has invalidated AB 1X 27. With respect to the latter bill, the ruling reads:

“Proposition 22 expressly forbids the Legislature from requiring such payments. Ana Matosantos’s argument that the payments are valid because technically voluntary cannot be reconciled with the fact that the payments are a requirement of continued operation. Because the flawed provisions of Assembly Bill 1X 27 are not severable from other parts of that measure, the measure is invalid in its entirety.”

On its decision to uphold AB 1X 26, the court wrote:

“What is apparent from the constitutional provision’s text is confirmed by its history.  The ballot materials provided to the voters gave no hint that the proposed amendment was intended to make redevelopment agencies or tax increment financing a permanent part of the government landscape.  Rather, consistent with the text’s use of the permissive — may, the Legislative Counsel explained that the proposed amendment was intended simply to — authorize-but not require-the Legislature to provide for tax increment financing for redevelopment.”

The outcome clearly not only has substantial implications for the state budget but also the status of over 400 local redevelopment agencies. It is unclear what timeline will be established for the shutdown of RDAs.

Culver Chamber of Commerce President Steve Rose said, “The effects of the elimination of redevelopment agencies in California will especially effect Culver City negatively!  The Culver City Redevelopment Agency is been the center of growth in Culver City by expanding its economic base and also contributing to governmental assets from city hall, to our fire stations, Ivy Substation as well as being a sponsor of almost every cultural event in Culver City.  It is a loss to the entire community.”

Redevelopment agencies permit cities and counties to carve out blighted neighborhoods for improvement through partnerships with private developers. The agencies can obtain property by eminent domain, purchase or lease, and use a portion of property taxes to help pay for improvements.

Redevelopment proponents say they have created jobs and bustling neighborhoods. Critics contend they have starved schools and the state of scarce tax revenue and in some cases invested the public’s  money foolishly.

“If you looked up good redevelopment in the dictionary, there’d be a picture of Culver City,” noted Councilmember Andy Weissman. “Sadly, a lot of cities have not used the agency well, and it seems the court has just thrown the baby out with the bathwater.”

According to the Los Angeles Times, California officials estimated that the new laws would generate $1.7 billion this fiscal year and an additional $400 million in future years from agencies that decided to continue operations.

The ruling, written by Justice Kathryn Mickle Werdegar, said the Legislature has the power “to establish or dissolve local agencies and subdivisions as it sees fit.”  But once it authorizes an agency, “it may not thereafter require that such allocated tax increment be remitted for the benefit of schools or other local agencies.”

Chief Justice Tani Cantil-Sakauye did not join the other six justices in signing the opinion. In a separate opinion, she said she would have upheld the compromise law that would have permitted redevelopment agencies to continue if they shared revenue.

Read the full ruling for yourself here.