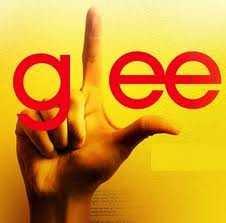 Culver City Middle School’s entry in the Glee! video contest performed well. With all the votes tallied, the CCMS video has garnered over 15,000 votes, ranking it 15th in the country, eighth in the Western region and the top middle school in the country!

Now, judges will make the final decision on the following criteria: relevance to music education/theme (30%); originality, creativity and emotional/inspirational reaction (30%); demonstration of financial need of the applicable Eligible School (30 percent); and public voting preferences from the Public Voting Phase (10%).

The Panther Partners After-School Theatre Arts program has created an amazing community where kids feel safe to express themselves.

Twentieth Century Fox Entertainment has partnered with Ryan Murphy, the creator of “GLEE!,” and The National Association for Music Education to establish the “GLEE! Give a Note” campaign, in order to donate $1 million to school arts programs nationwide.

The prize money awarded in the contest is significant. There will be three Grand Prizes of $50,000 that will be awarded to entries from throughout the nation as well as two $25,000 and 12 $10,000 prizes for top entries in each region.

An extended, high-quality version of the CCMS video submission and a link to the Glee! website can be found at ccmsmusicaltheatre.com.