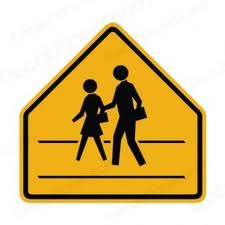 In the investigation of financial problems at the El Rincon PTA, the parents, the principal and the police all have questions, but no answers.

Culver City Police Spokesman Lt. Ron Izuka offered only that “There is an investigation currently underway, and as such, we are not able to comment.”

Culver City Council PTA President Leslie Gardner was candid about the way that the situation came to light. “The  Council PTA was asked by the El Rincon PTA for help with budgeting for this year, and  in the process, some discrepancies were noted. So, from January of last year we went over the books and there were problems.”

The Council then notified the 33rd District PTA, who notified both the PTA insurance agency and the Culver City Police.

El Rincon Principal Reginald Brunson has made the situation known to the school community. The regularly scheduled meeting of the PTA last Wednesday Nov. 9 lasted more than three hours. The amount of funds missing is still unknown as the investigation continues.

El Rincon parent and PTA member Emily Hallowell offered “I have been a PTA president at another school …and I  feel that the El Rincon community is going to desperately need help.  [It does seem that] money appears to have been stolen by an individual who had access to the account.”

Hallowell added with urgency “I am hoping to get the word out to neighbors and parents who have donated to El Rincon that the current PTA board and new Principal are highly competent and trustworthy.  El Rincon donors and supporter should feel assured and safe donating and supporting the school. It is a tragic devastating loss of money and spirit to a school that really needs both right now.”

Gardner noticed “Last year’s board were all new volunteers. No one on that board had ever volunteered for the PTA before. If someone were going to mismanage or embezzle funds, this was the perfect opportunity.”