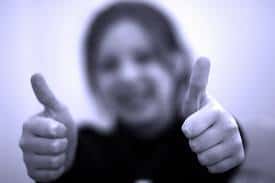 Not only is Bank of America revising its $5 debit card fee, but big banks like Chase and Wells Fargo are publicly canceling their plans to charge their customers for debit cards.

Molly’s fight against Bank of America isn’t over. While B of A is revising its fee, many customers, including Molly, would still have to pay $5 for a debit card fee even after the bank’s revisions. But, as the Wall Street Journal put it, the “big banks blinked.”

Here’s what else the media is saying about Molly’s Change.org petition against big bank fees:

ABC: “Banks Back Down from Fees”
CBS: “Bank of America Backs Down After Consumer Backlash”
Mother Jones: “Banks Surrender on Debit Card Fees”
Daily Mail: “Victory for customers as big banks back down from debit card fees”
Time Magazine: “Banks Back Off Unpopular Debit Card Fees”
NY Daily News: “After outcry, Wells Fargo, Chase, Bank of America back off on debit card fees”

Dan Rather covered Molly’s petition too, saying that Change.org has become a “nerve-center for social justice the world over.”

But here’s what’s most exciting: If a 22-year-old from Washington can best the biggest bank in America with a Change.org petition, think about what else is possible.