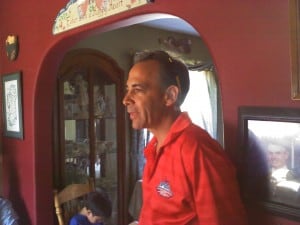 On Sunday, October 9 from 5:00 pm to 7:00 pm, Larry and Cecilia Zeidman cordially invite you to join the Westwood Zeidman family for an afternoon of burgers, ribs and dogs, along with the opportunity to have a frank discussion with Culver City Board of Education President Scott Zeidman. Larry, Culver City High School class of 1977, is the CEO of L.A. Slot Machine Co., Inc. Cecilia is a long time teacher, and was recently awarded the 2010 Teacher of the Year West Region Area, and the 2010 UTLA Platinum Apple Award.

Scott Zeidman is the President of the Culver City Board of Education, and the architect of Measure EE (raising $6,000,000 for Culver City Unified School District). While Scott has been on the Board of Education, the Board has placed a cap on the number of inter-district permit students permitted, implemented the District’s first anti-bullying task force, saved counselors and classroom aides, enhanced the music curriculum, hired Patricia Jaffe as the Superintendent, and maintained an open and transparent budget process, among other things.