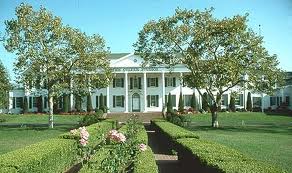 Culver Studios, the center of the industry for more almost a century in Culver City, is looking to start a new script. Seeking a buyer for the beautiful slice of downtown may turn out to be quite a story.

According to the Los Angeles Times, the lot, in operation in Culver City since 1918, may fetch as much as $150 million, according to real estate experts familiar with the independent studio, where television shows and movies are made.

That’s a heady price, but 14 acres on the Westside is intrinsically valuable, and the studio’s provenance includes Hollywood royalty.

The timing is right to sell, said James Cella, president of Culver Studios. “There’s an opportunity now,” he said.

Selling the property are private equity fund Pacific Coast Capital Partners, New York investor Ron Pickett and a remnant of equity fund Lehman Bros. They bought it for more than $100 million in 2004 and tried to sell it before the financial crises that began in 2008 pushed Lehman into bankruptcy.

Top bids may come from a Hollywood mogul who wants his own studio or someone with a burning desire to become a Hollywood player — and perhaps rename it for himself.

Culver Studios lost one of its largest tenants, the syndicated game show “Deal or No Deal,” in 2009 to Waterford, Conn.

“We continue to have runaway production issues here in California,” Cella said. “I believe that is going to subside. As more states look at their tax credit programs, more productions are going to come back.”

We’ll all hope for a Hollywood- oops, make that a happy ending…