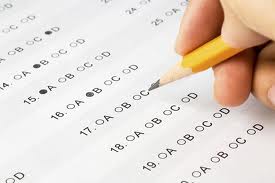 Culver City Unified School District announces significant gains in student performance on the Academic Index (API), the state measurement of how schools are performing. The state target is 800, and CCUSD scored a 834 during the 2010-11 school year results released recently by the California Department of Education.

Two CCUSD schools scored above 900 and all other traditional schools are performing well over 800. Culver Park High School, the District’s alternative high school, did not make the 800 target, but had an impressive API growth of 36 points. These results show that our schools are improving and that our schools’ curriculum is focusing on California standards.

Standards-based teaching is resulting in the continuous improvement in student achievement. Our biggest challenge continues to be meeting the Adequate Yearly Progress (AYP) which is the federal measurement for school performance. The targets for AYP continue to increase approximately 10 percent each school year. Overall, the District met the AYP targets in both math and English language arts. However, our English Language Learners and Students with Disabilities, although showing improvement, did not meet the proficiency target of 67%.

Due to the AYP results, Culver City Middle School continues to be in program improvement, and El Rincon has been identified as a program improvement school. There is the possibility that Culver City Unified School District will enter District Program Improvement due to the test results of the significant subgroups. Culver City has developed a strategic plan for Educational Services that will provide for early intervention focused on students that are not meeting benchmark targets. In addition, we are working with outside consultants to review our curriculum and instruction throughout the District. This report will be used to plan for professional development needs and programs to support all of our students in achieving high standards. All of our schools administer benchmark assessments that allow district, site administrators and teachers to monitor student achievement and to identify students who need additional academic support.

A complete list of the District’s schools and their API scores follows: