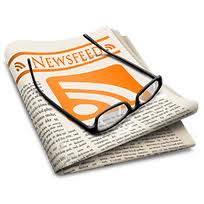 Would you file for Freedom of Information if you realized something the media was missing?

“If ordinary citizens are becoming more aware of their access rights, and more assertive regarding them, it is indeed a reason to be gratified,”said Kenneth F. Bunting,the executive director of the National Freedom of Information Coalition. “However, if news organizations are trending toward being less gung-ho in an area once regarded as a matter of responsibility and stewardship, there is the frightening potential that journalism could suffer, as could the health of our democracy.”

While a lack of resources have made news organizations increasingly less inclined to file freedom of information lawsuits, citizens have a growing interest in government transparency and are becoming more active in asserting their right to government information.

The rise of citizen interest and the decline of newsroom aggressiveness are among the findings of an informal open government status study by the Media Law Resource Center (MLRC) and the National Freedom of Information Coalition (NFOIC).

Highlighting a trend identified in an earlier assessment, the companion surveys by the two groups show that news organizations, hampered primarily by a lack of resources, are increasingly less inclined to bring lawsuits to enforce compliance under state and federal freedom of information laws.

The online surveys, conducted between Aug. 9 and Aug. 15, are a reprise of a 2009 study, and their findings mirror some of the trends identified then. The 2009 study was part of the inspiration for the creation of the Knight FOI Fund, which provides funding to cover upfront expenses and fees for meritorious access and transparency lawsuits, and is supported by the John S. and James L. Knight Foundation.

Both media lawyers and representatives of the NFOIC member coalitions said they had seen an increased number of open government violations in recent years. But the state coalitions’ views diverged from that of media attorneys, seeing a slight increase in government officials’ understanding and compliance with requests for records and information.