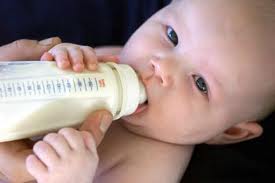 The bill authored by Assemblywoman Betsy Butler, ( A Democrat from Marina del Rey,) cleared the Senate 21-12 Tuesday, a year after it failed in the same chamber. It returns to the Assembly for a final vote on Senate amendments.

Supporters say chemical-free cups and bottles are readily available. They urged California to follow the lead of other states and nations in restricting the chemical.

Opponents argued the bill could open companies to lawsuits if even trace amounts of the chemicals are found in baby products. Lobbyists from chemical and petroleum industries have defeated this bill four years running. If you want to make sure Gov. Brown signs it, get your Sacramento on and let them know how you feel. Start with Sen. Curren Price [email protected]. and keep this bill moving forward until it’s law.