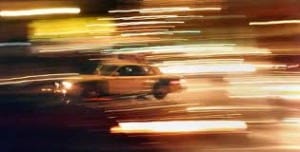 Culver City’s own Robert Zirgulis was arrested on July 7 in Hollywood and charged with driving a hack without a hack license; apparently being a political hack does not qualify him to drive a gypsy cab. This is a misdemeanor in the legal code, (and probably no worse that getting a ticket from a red light camera, ) but shouldn’t those who are technically running for elected office be a bit more conscious about following the law?

(c) Every corporation, person, cooperative, or association who operates a taxicab and who knowingly and willfully issues, publishes or affixes, or causes or permits the issuance, publishing or affixing of any oral or written advertisement, broadcast or holding out to the public or any portion thereof, in any manner whatsoever, that the corporation or person is in operation as a taxicab company or an individual taxicab without having a valid vehicle permit and franchise granted by the City of Los Angeles is guilty of a misdemeanor.

(d) In no event shall any person or corporation who drives or operates a taxicab in the City of Los Angeles publish, advertise or broadcast in any manner, written or oral, a telephone number either by itself or connected to a rotary or call forwarding system for taxicab service, which is the same telephone number as that for other vehicles for hire.

Zirgulis was also charged with a violation of 71.03, driving a vehicle without a permit, but this charge as dismissed as a part of a plea bargain.