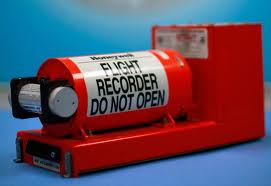 If you were an inventor working with your partner on something that could save lives, you’d have every reason to be pleased that Wired Magazine wanted to include you in a feature on innovative technology. Then when you are reading the article, you might be less than pleased to discover your contributions identified by the phrase “together with his wife…” When Leslie Lenell Levine of Culver City, co-inventor with her husband Sy Levine, came up with a device called Safelander, their concern was to make aviation safer, not get a big round of applause. Anyone no matter what their gender, should get proper credit for their work.

In a brief telephone interview, Leslie stated that the idea began with Sy, her husband, during his days at Northrop-Grumman, as Chief Engineer of the Electronics Division. “He had sent an employee on a trip, and there was a plane crash, and his employee was killed. So he started to think about how to intercede from the ground to prevent the problem.” The system they invented would supersede the traditional “black box” that is is the post-mortem data from a a crash. Leslie explained “by using telemetry, we could send the data through in real time, and use that to have ground-based control of the plane. If the plane was out of its approved flight planned trajectory, it could be assisted by pilots on the ground.”

“When I was a student pilot,” she mused, “I thought about these kinds of things, and why we had post-crash systems, and not crash prevention systems.”

Sy and Leslie presented a paper on the idea in November 2000 at the International Aviation Safety Association conference in New York City. “It was so ironic, we went out to eat and went dancing at the World Trade Center Towers, and then after 9/11, we were so sorry…Our idea could have diverted the planes, and prevented the tragedy.”  The invention was also presented at the October 2007 IEEE Digital Avionics Systems Conference where they were key note speakers and the IEEE Systems Magazine in 2008.

After speaking to Jerry Adler, the writer at Wired who published “The Black Box” in the July issue, the Levines were hoping get some attention for their patent.  When Leslie turned to page 166 and discovered that she had been left off, credited only as a nameless spouse, she said “I felt kind of sad. I suppose it’s just ego, but you know, you do like to get credit when you’ve got something.”

The Safelander device is still looking for support. “We had a meeting with the FAA in April, but nothing has come of that yet,” she said. For those interested in seeing more information on this topic look at www.safelander.com.

Wired magazine might think about any one of a number of women, from Ada Lovelace, inventor of the computing machine, to Catherine Green, the uncredited inventor of the cotton gin, when they are proofing the next issue.