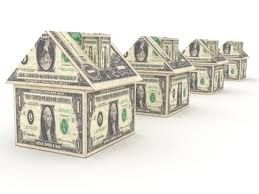 “I have no belief that this will pass judicial muster,” Councilmember Andy Weissman noted in a cold tone of voice, “but until then these are the laws and we are governed by them. Sometime you just have to hold your nose and make the deal.”
The unanimous vote by the Culver City Council and Redevelopment Agency was one in which all five members of the council expressed their anger, contempt and disgust at the matter under consideration, the ‘alternative redevelopment project’ offered by the State of California, and then voted for it. Sometimes, you have to make the deal.

The long anticipated end of Redevelopment Agencies of the state of California has been controversial since it was proposed by Governor Jerry Brown when he took office.

Mayor Mehaul O’Leary expressed his anger at the language calling for “voluntary contributions” on the part of the cities. “These are not choices. I want to make sure we are making this payment under protest. “

While Gov. Brown signed into law A.B.X1 26, which eliminates the state’s redevelopment agencies, the governor also signed ABX1 27, which allows the agencies to come back to life, provided they give up significant future funding — a hurdle that at least 50 of the state’s 400 agencies claim will lead to their quick demise.

Culver City is scheduled to make a “voluntary” payment of $12.1 million in January.
All of the agency funding is based on taxes, and as Director of Community Development Sol Blumenfeld noted, if taxes do not flow, the agency is unfunded.

Culver City Redevelopment Agency currently holds $31 million in bond debt, and requires $21 million annually to service the debt. The value of real estate owned is almost $120 million, but without the functioning of the agencies, Blumenfeld stated, “all future improvements are at risk.”
Councilmember Scott Malsin stated “This is really a form of extortion. It’s a racket by the folks in Sacramento to plug the endless sinkhole that we call the California State budget.”

None of the citizens who come frequently to the podium to decry redevelopment as graft and thievery were present on July 11. Perhaps Gov. Brown has done the job for them, but is the cure worse than the disease?