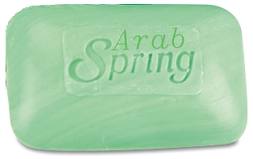 The Culver City Democratic Club meeting on July 13 at 7 p.m.at the Vets Auditorium will feature a panel to look at “Arab Spring” and the impact that it is having in the region and throughout the world. The club is about creating the space to have community-wide dialog.

The still unfolding events of the Arab Spring or”Arab Awakening” (even though not all participants in protests identify as Arab) are about what democracy really can do.  It was sparked by the first protests that occurred in Tunisia on December 18, 2010 following Mohamed Bouazizi’s Yemen, then spread to other countries, with the largest,most organized demonstrations often occurring on a “day of rage,” usually Friday afternoon prayers.

Bill Wynn will be introducing two well qualified speakers for the Club’s panel discussion of the Arab Spring; Marium Mohuddin from the Muslim Public Affairs Council, and Dedon Kamathi from KPFK 90.7 FM.