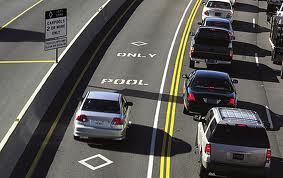 It’s been a long term goal to reduce air pollution by shifting the commute, and success is in the air. The City of Culver City’s  compliance with the Air Quality Management Distric Rule 2202 hinges on the data collected during Survey Week, a five-day period, Monday through Friday of one standard work week, when all city employees report their daily means of commuting – walking, biking, using public transit, carpooling, or riding alone. The information collected is computed into Average Vehicle Ridership (AVR), which represents the number of people per vehicle coming into the city on a standard weekday. The way to win this game is by increasing passenger load – The more people calculated per car, the better the city’s score. The city’s AVR goal, set by the AQMD, is 1.5.

The recently conducted survey led to fantastic results, and Culver City has surpassed the goal for the first time since the Employee Commute Reduction (Rideshare) Program has been in place since the mid-‘90s, increasing from an average AVR over the past five years of 1.36, to 1.52 for 2011. The compressed work week schedules,  (the Fire Department 48/96 schedule, the Police Department’s 3/36 and 4/40 schedules, and the 9/80 schedule for many other employees,) helped the City’s AVR considerably. A strong Rideshare Program, offering a range of incentives, has also contributed to our improved numbers. With this latest news, Culver City continues to set a high air quality standard for all cities in the region.

Do you have a carpool story ? Does your employer offer incentives to encourage or rewards for success?  Share your ideas with Culver City Crossroads.com in the comment box below –