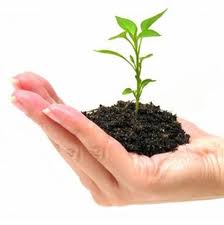 Senate Bill  734, legislation authored by Senator Curren D. Price, Jr., to ensure that small businesses get a slice of the multi-billion dollar High Speed Rail Economic pie, passed out of the Senate Thursday afternoon on a 24-12 vote along party lines. The bill is now in the Assembly.

The bill requires the High Speed Rail Authority in developing its business plan to include a strategy to ensure participation of California certified small businesses in contracts awarded by the Authority with state or federal funds during all phases of the project.

“SB 734 addresses the importance and challenges of California microbusinesses and grants them an additional contract preference of 2.5 percent,” said Senator Price, a staunch advocate for small businesses.

Businesses with less than 100 employees comprise more than 98.3% of all businesses, and are responsible for employing more than 57.9% of all workers in the state. However, microbusiness owners are concerned that they are not getting their fair share of California contracts, Senator Price added.

These smaller microbusinesses consist of fewer than 25 employees, have an average income of $3.5 million or less and are known for bringing real diversity to local economies and the State, he said.

Although they comprise over 80 percent of California’s certified small businesses, and while it was the state’s intent to afford microbusinesses the same opportunities as other small businesses to compete for state contracts, many microbusiness owners are disadvantaged when competing against their larger small-business counterparts, Senator Price explained.

According to the DGS, of the $2.4 billion of contract dollars issued by State Departments and Agencies to small businesses and microbusinesses in fiscal year 2008-2009, microbusinesses were awarded only 37% or $866 million worth of state contracting.

Of the 103,371 contracts issued during the same time frame, microbusinesses received only 42,140 or 41% of the contracts awarded by the state.

“Given the depressed economy, high unemployment rates and the positive impact the High Speed Rail project will have throughout the state, it is important that we ensure that the Authority operates with a clearly defined program that will provide opportunities for California small businesses, including its microbusinesses. SB 734 accomplishes these objectives,” said Senator Price.