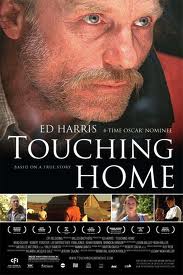 On Friday, April 29 Didi Hirsch Mental Health Services will honor leaders of the community who have been open about the effect that mental illness and substance abuse have on the entire family at the 15th annual Erasing the Stigma Leadership Awards luncheon at the Beverly Hilton Hotel in Beverly Hills at noon.  This year’s award ceremony will be hosted by Christine Devine, Emmy-winning KTTV news anchor and will honor Congressman Patrick J. Kennedy, Laugh Factory founder Jaime Masada, and Logan and Noah Miller, the creators of Touching Home.

An estimated 57 million Americans suffer from a diagnosable mental illness. To highlight the impact of mental illness on the family and the vital importance of a family’s love and support, the theme this year is “It’s a Family Affair.” Thanks to the candor and advocacy of this year’s honorees, huge strides are being made to educate and heal those in need. The annual event raises funds for Didi Hirsch Mental Health Services’ programs, including the agency’s toll-free 24-hour Suicide Prevention Crisis Line (877- 7CRISIS) that serves Los Angeles and Orange Counties, and beyond.

Retired Congressman Patrick J. Kennedy will be honored for his outstanding leadership. As a member of Congress he co-led the successful fight for parity, while also bravely and candidly sharing his own struggles with bipolar disorder and substance abuse. Although retired from politics, he has not abandoned his commitment to mental health. He recently founded The Next Frontier: Unlocking the Mysteries of the Brain, which is marshalling public and private funding for major initiatives to advance our understanding of the brain and its illnesses.

For Jamie Masada, who arrived in the U.S. alone without work or money, family extends far beyond biological ties. He founded The Laugh Factory at 16, because he hated seeing comedians exploited. Soon after, he created a Comedy Camp for underprivileged kids and also began serving Thanksgiving and Christmas dinner, along with comedy, to the homeless and lonely. Because so many comedians suffer from depression and substance abuse, he recently added a special benefit for performers—therapy at the club. As Jamie explained, ““This is something we have to do….I just can’t stand to watch all of my family [self-destruct] one by one.”

When the father of Logan and Noah Miller died homeless and alone in a jail cell, they vowed that they would make their film, Touching Home, as a testament to their love for him, despite his failings. After completing the film, their book, Either You’re In or You’re In the Way, followed. It is the amazing story of how—without a dime to their names, nor a single meaningful contact in Hollywood—they managed to write, produce, act in, and direct a feature film starring actor Ed Harris and a cast and crew with 11 Academy Awards and 26 nominations.

The Beatrice Stern Media Award will be presented by actor Ed Harris, who has appeared in some of the most memorable films of our time, including The Hours, Pollock, The Truman Show and Apollo 13, which all garnered him Oscar nominations.

For more information and tickets to the event, please call 310-751-5420, email [email protected] or go to www.erasingthestigma.org