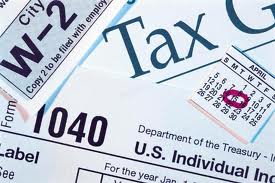 Do you deduct the interest you pay on your mortgage every year? If you itemize your taxes, chances are you do. Proposed legislation on Capitol Hill right now is moving to limit or even eliminate the Mortgage Interest Deduction (MID), which would have a huge impact on middle class families everywhere.

The Administration has proposed limiting the value of the MID for middle to upper-income taxpayers by converting the deduction, in effect, to a 28% tax credit for those individuals who are currently in the 33% or 35% tax brackets.

According to the National Association of Realtors Chief Economist, Lawrence Yun, the MID allows individuals to deduct the mortgage interest paid on mortgage debt of up to $1 million. The deduction is available for interest on mortgages for a principal residence and one additional residence. The $1 million limitation represents the combined allowable debt on two residences. Mortgage interest on up to $100,000 of debt on home equity loans or lines of credit also qualifies for the deduction.

Home ownership is a stabilizing factor of the American economy. With the housing recovery shaky at best, eliminating or reducing the MID could have a drastic impact on new home ownership, or people’s ability to stay in their homes. Homeowners already pay 80 to 90 percent of the U.S. federal come tax, and this share could rise if the MID is eliminated.

In real world numbers, the ability to deduct the interest paid on a mortgage can mean significant savings at tax time. For example, a family who bought a home last year with a $200,000, 30-year, fixed-rate mortgage, assuming an interest rate of 5 percent, could save nearly $3,500 in federal taxes. Yun also says that the MID actually benefits primarily middle- and lower income families. Sixty five percent of families who claim the MID earn less than $100,000 per year, and 91 percent who claim the benefit earn less than $200,000 per year.

The simplest way for Congress to provide certainty to the housing market is to preserve the MID and oppose any legislation that would undermine it. If you feel strongly about this issue, write your Congressman and urge them to cosponsor H.Res.25, a bipartisan resolution offered by Rep. Gary Miller. As a Realtor, I believe that wide co-sponsorship of this resolution will send a strong signal that Congress remains committed to a housing recovery.

For more information about how the limiting or elimination of the MID would affect you, or how to become more involved with this issue, email [email protected] or call/text direct to 310-259-7419.

When selling your home, making it stand out as a listing in a competitive marketplace depends on many factors. What features do you have that others don’t? What is new and improved? How many square …[READ MORE]

So, how did your house hold up during the unseasonably wet weather over the past month? There’s nothing like a good downpour to alert you to windows that aren’t quite sealed, gutters that need cleaning …[READ MORE]

With the housing market still shaky, and many people underwater in their homes, it’s important to know that there are still options to explore besides foreclosure or a short sale. The Obama Administration’s “Making Home …[READ MORE]