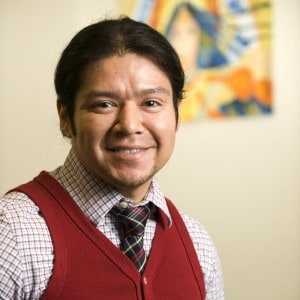 At 6 p.m. on Thursday, February 3, the English Learner Advisory Committee (ELAC) will host guest speaker at Dr. William Perez, Ph.D. Perez will speak at Robert Frost Auditorium as part of a series of events aimed at the District’s Latino families and presented in in Spanish with an English translator.

While many of the aspects of the beautiful Latin culture are celebrated throughout the year, the themes of academic success of our youth continue to be discussed in different areas of society. It is for this reason, and with the objective of finding answers for a successful academic future and the psychological impact on low performing students, ELAC and Culver City Unified School District have invited Perez to share his knowledge and research in the field of academic success. This is a great opportunity to hear about how you can help your children to succeed in school.

Born in San Salvador, El Salvador, Perez came to the United States in the early 1980s at the age of 10 to escape the civil war that began in 1979. He spent his remaining childhood in Pomona, California, attended Pomona College, and later earned a Ph.D. in child and adolescent development from Stanford University. He currently lives in the Los Angeles neighborhood of Los Feliz where he enjoys hiking the trails in nearby Griffith Park. He competes in triathlons and is an avid fan of the local indie-rock scene.