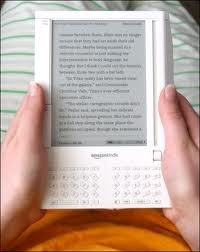 According to Andre Schiffrin, former head of Pantheon Books, “The publishing world has been through more changes in the past 10 to 15 years than it had in the 100 years before that.” And the facts seem to bear him out. Twenty years ago, there was no Internet (to speak of), self-publishing was strictly in the “vanity publishing house” ghetto, and partner- and small-press publishing barely existed. Ten years ago, there was no Wikipedia, Facebook, Twitter, or YouTube. Even five years ago, “online publishing” and “E-books” were still considered fringe.

Today, all that has changed — and with these massive changes, the ability of authors to adapt is the key to their ability to survive (and maybe even thrive) in their careers. How will writers navigate the brave new world of “Publishing 9.0”? What new opportunities — and pitfalls — do the switch to E-books, Kindle, and iPad apps have for authors? How has the change from emphasizing career-pro authors (e.g., Stephen King, Joan Didion) to “overnight superstar” authors (e.g., Justin Bieber, Christine O’Donnell) changed what — and who — editors and agents are looking for? How have new electronic platforms affected self- and small-press publishing, and is being an author, even with an agent and access to big houses, an economically viable career in itself anymore? What does the future look like for books in general?

These are just a few of the questions IWOSC’s January 31 panel, “The Future of Publishing,” will deal with. A stellar panel from all aspects of the publishing industry, from agents and online publishing experts to veteran publicists and bookstore staff, will discuss deal these issues.

Our panelists will include:

KIM-FROM-LA (Dower) runs one of the longest-established and most prestigious book publicity agencies in Southern California, with clients that have included the bestselling likes of Carolyn See, T. Jefferson Parker, and Kelly Lange, among many others. Kim has moderated panels on Literary Agents and Book Publicity for the Los Angeles Times Festival of Books, is an active member of PEN-USA, and served on our last IWOSC “Trends in Publishing” panel in January 2008. Kim is also the author of the hilarious, touching, and highly acclaimed brand-new book of poetry, AIR KISSING ON MARS (Red Hen Press). www.kimfromla.com; www.airkissingonmars.com

ELLEN REID earned her reputation as one of the nation’s premiere book shepherds and book consultants by working with authors in establishing their own independent venues as well as producing files of the book that can be self-published or published by others. She also consults on maximizing Kindle applications, including eBooks on the iPhone and the Sony Reader, etc. Ellen is the author of PUTTING YOUR BEST BOOK FORWARD, which has won several literary awards — as have many of her author clients. www.bookshep.com

BRAD INMAN is founder and CEO of VOOK.com, after having founded several successful web-based companies over the past decade. VOOK is a premier new company dealing with E-books, Online Publishing, and “trailers” and online/electronic promotional materials and “apps” for books and authors. Earlier this year, Brad was the star panelist at BookExpo’s panel on the future of publishing and electronic books/rights. Vook has created an innovative platform where all forms of media come together to create a new experience. With the vast migration of text to a digital format, Vook is able to provide innovative enhancements that to create a new generation of smart books. www.vook.com

For more than three decades, ASHLEY GRAYSON has run the Ashley Grayson Literary Agency, a full-service literary agency representing authors to publishers, in Southern California. Ashley represents commercial fiction (urban fantasy, thrillers, young adult) and some non-fiction. Ashley discovered Christopher Pike, and represents bestselling authors including Bruce Coville, Barb and J.C. Hendee, Carrie Vaughn, and John Barnes. He is an active member of AAR (Association of Authors’ Representatives), and blogs at www.graysonagency.com/blog. CAROLYN GRAYSON has been an active agent with the Ashley Grayson Literary Agency for more than 15 years.  She represents fiction (including women’s fiction, romance, urban fantasy, young adult), and some non-fiction projects (self-help, true crime).  The Agency is active in selling international rights and media rights. Carolyn is a member of AAR and Romance Writers of America.

Moderator: TELLY DAVIDSON is author of the award-winning TV’s GROOVIEST VARIETY SHOWS, which was cited by the Emmy Academy, NPR, and several national newspapers, and the forthcoming novel POP CULTURE, as well as developing several media tie-in projects on films and TV shows. His film and TV reviews have been published in over a dozen magazines and commercial websites; he has worked on specials for NBC, the American Film Institute, and on the new PBS documentary PIONEERS OF TELEVISION II as well as its Emmy-nominated forerunner. He has hosted or been a part of earlier IWOSC panels like “From Books to Film,” “Biographies and Memoirs,” “Covering the Celebrity Beat,” and the last “Trends in Publishing” panel 3 years ago, and is an active member of IWOSC and PEN-USA. Monday, January 31, 7:30 p.m. SHARP to 9:00 p.m. (Networking follows the program.) at the  Veterans Memorial Building 4117 Overland (at Culver Blvd.) in Culver City (Free parking; enter on Culver)  IWOSC members: free Non-members: $15. Deadline noon, Monday, day of the event. Call (877) 799-7483 or e-mail [email protected] NOTE: If you reserve and cannot attend, please notify the IWOSC office at [email protected]

Wear layered clothing; the room is usually comfortable, but the temperature can vary.