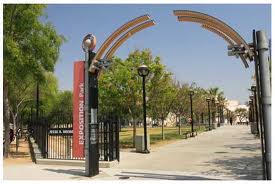 Senator Curren D. Price, Jr., speaking at a packed meeting of the Board of Directors for Exposition Park and the California Science Center, called for more transparency in negotiations between the Governor and USC to sell state property in his district, which could result in millions in lost revenue. He also asked the board to delay any vote on the proposal to allow public input.

The proposed deal between the Governor’s office and USC recommends the selling of not only the Los Angeles Sports Arena and Los Angeles Coliseum Property, but also five of the six parking lots in Exposition Park.

“Exposition Park, the California Science Center and the California African-American Museum are set to lose out on vital revenue that is currently generated from the lots that are being proposed for sale,” said Senator Price. “Losses could reach $4 million in revenue that would otherwise go towards maintenance of the park and for the public safety officers who patrol the park.”

Price, whose district includes Exposition Park and USC, said he and the public should have been informed about the deal much earlier in the process. He said he was also “troubled” by Gov. Schwarzenegger’s last ditch efforts to sell off state property that has such historical importance.

“Exposition Park has played host to numerous historical events including two NFL Super Bowls, two world Olympic Games and was the site of the 1960 Democratic National Convention where JFK gave his acceptance speech.”

While the Governor’s office has said that selling the property would ease the state’s financial problems, Senator Price said the move is premature and the state would actually lose money.