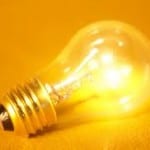 Last week, I went to look out my front door to survey for storm damage, and I was met by a huge double rainbow arched over the wet street. This kind of thing keeps happening. In the moment when I expect things to be difficult, they unexpectedly show themselves to be wonderful.

It’s been quite a year.

As Culver City Crossroads modestly celebrates its first birthday, I am pleased to look back over my shoulder and see the turf that has been covered. There are 730 posts on this site for your perusal, anytime. We have had new posts up at least five days a week and sometimes six and seven. We have been able to break some very big local stories: the resignation of Mark Scott as city manager, the death of Albert Vera, and the crowning of King Niko as a few examples.

Our contributors have all been stellar. The news, features, columns and events have come from sources throughout the community, and writers like Elizabeth Coombs, Scott Wyant, Gabby Friedenthal, Frances Talbott-White, Chris Ferreira, Mary McGrath and Elisabeth Hebert have all added to our depth and briliance. Photography from Robert Rissman, Joanne Tortorici Luna, Peter Jennings and many others has brightened the site and added a key element to each post. AS the seasons have turned, our real estate advice from Natalie Bergman ended and real estate advice from Heather Coombs-Perez began. My most luminous gratitude goes to Katie Malich and Bob Eklund, who have been with us since the start, and have never missed a deadline, or even needed a reminder. With such good food and so many beautiful things in the heavens to admire, stellar is the perfect adjective.

Our sponsors, who have been so supportive, have often been pleased and surprised at the audience we reach on a daily basis. While we offer support for the things that make our community what it is – the Culver City Education Foundation, the Chamber of Commerce, the Culver City Julian Dixon Library, the Academy of Visual and Performing Arts, the Downtown Business Association, and the Mamie Clayton Museum and Library, to cite a few examples – our definition of community is still growing.

When I run into people who ask, “How’s the blog?” I tell them, “Great, but it’s not a blog. It’s a newsmagazine.” Still, I find that term to be too clunky and a poor definition. While I don’t want to run a “newspaper” or even a “magazine” in the 20th Century sense of the word, just calling it a website is so bland it’s flavorless. Like adjusting the seasoning in a soup, it’s just not quite there yet. Good, but we want great.

When I began, I was going to call it Culver City Cornucopia, but my excellent webmaster, Eric Gerds, (without whom all of this would be much, much more difficult, if not utterly impossible – oceans of gratitude to Eric-) gently pointed out to me that I was possibly the only person he knew who could spell the word cornucopia. “Let’s make it easy to find,” he suggested “and we’ll get a lot more readers.”

We have readers. That is the object of the game, and whenever I check the stats, I feel like we are winning. Still, we are at a distinct crossroads between the 20th and 21st century. When I bump in to someone at the grocery store and they give me an earful of what they thought about a post, I always ask them to write. “It’s super-easy. Just click on the comment box. I would love to have what you just said in print.” Well, they may be reluctant, or just shy, but I intuitively feel that they just are not comfortable with the speed of the technology. Letters to the editor are supposed to take hours to write, and rewrite and edit. Just popping a sentence into a box and clicking – no, they would rather tell me about it at the library. So I encourage all the readers, don’t just share it with me, share it with everyone. The 20th Century is not coming back. (More good news!)

I started this project in a moment that can only be described as bleak. After 11 months as the editor of the Culver City News, at 10:30 a.m. I was told that I was fired and I given 20 minutes to clean out my desk. At 1:30 p.m. I was sitting with my laptop, setting sail under a new masthead. The next morning, I got up and taught yoga. Life moved forward.

Still, Culver City Crossroads has a way to go to reach our ideals. A few examples of success stand out in my mind, but none so clearly as Baby Colin. When we asked for some help for a little boy who had been relocated without so much as a box of diapers, help poured in. The awesome Culver City Moms Club gave clothes, toys, and of course, diapers. As of this writing, Colin is doing great, “growing like a weed in the sunshine” according to his family, all of who are grateful to Culver City for the generosity and the love.

At the other end of the road, the death of Albert Vera was a huge event for the whole community, and many of those who wrote in had memories to share. We were glad to provide a place to share them. While Vera is gone, his influences are still felt in the community, and there will undoubtedly be more news on that next year.

In the 20th Century, a newsmagazine would simply publish facts (this happened, that happened) perhaps a few columns of opinion (here’s what I think about what happened.) The idea here is to give people a place to connect, to find out what is going on in the community and what they can do to make a difference. Make it happen. Healthy School Lunches by Maggie Memmott Walsh is one example of how to do just that.

We have a good community, and the way to keep it good is to keep it growing. We want your words, your photos, your videos and your comments. We want you to feel impelled to get involved. We will keep changing until we find a flavor that’s perfect.

We also need your support. While the Google ads are cool and fun, we would like all the advertising to reflect local businesses. We do get donations from readers, but only a small percentage of our audience has contributed. While we are considering delivering to your in-box on a subscription basis, we don’t want to limit readers to those who subscribe. For now, we will stay on the honor system. This is an issue that is changing throughout our culture, and as the 21st Century decides how it will support online content, we invite Culver City to be in the vanguard. Like the Bike and Walk master plan, like the AVPA,
we can give the world a great example – local news getting local support. For all of our other local media that have corporate backing, community support is just frosting. For us, it’s the whole cake.

So, happy birthday to Crossroads. It’s been quite a year.  Now we have 731 posts.

What a wonderful world.

Just a Thought – Do Something !

At the school board meeting on Feb. 8, the discussion of capital projects came up late in the evening, after an already emotional agenda. Proponents of the new sports complex, advocates of the needed renovations …[READ MORE]

More Than A Thought by Judith Martin-Straw

To all our readers; Wow. Hey. Thank you very much. I’ve worked on many websites, and I’ve never seen one grow as fast as this. In a small town already covered with free newspapers (The …[READ MORE]