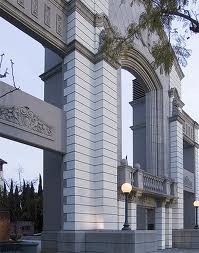 While no problems have been found in the audits that Mayer Hoffman McCann P.C. completed for the Culver City Redevelopment Agency, the firm is at the end of the contract. According to a press release from the city of Culver City, the city and redevelopment agency will use their normal process to secure a qualified CPA firm to perform necessary and required auditing work in future years.

According to the statement released today, the State Controller’s Office (SCO) issued its final Quality Control Review report on Dec. 21 on Mayer Hoffman McCann P.C. for the firm’s audits of the (notorious) City of Bell and the Bell Community Redevelopment Agency for the Fiscal Year which ended on June 30, 2009. The official findings are as follows –

“Mayer Hoffman McCann P.C.’s audits of the City of Bell and Bell Community Redevelopment Agency were performed in accordance with some of the standards and requirements set forth in GAGAS, GAAS, OMB Circular A-133, the California Business and Professions Code, and the RDA Audit Guide. However, the firm did not comply, to varying degrees, with the majority of fieldwork auditing standards with regard to audit documentation, audit evidence, risk of fraud, litigation, claims and assessments, subsequent events, going concern, and OMB Circular A- 133 requirements for testing federal program internal control and compliance. In addition, the firm did not comply with the RDA Audit Guide in testing for allowable expenditures. Finally, the firm did not comply with section 5097 of the California Business and Professions Code.

This report is applicable solely to the audit working papers of the City of Bell  and the compliance audit of the Bell Community Redevelopment Agency for FY 2008-09 and is not intended to pertain to any other work of Mayer Hoffman McCann P.C.”

Jeff Gottlieb of the Los Angeles Times reported that a prominent accounting firm’s audits of Bell city finances amounted to a “rubber-stamp,” according to a state controller’s study concluding that much of the alleged wrongdoing would have been detected earlier had the firm done its job.

The long-awaited report is being closely watched because Mayer Hoffman McCann audits the books of dozens of government agencies in California(including Culver City) and has 30 offices nationwide. Officials at several agencies, including California’s public employee retirement board, have said they were awaiting the controller’s study to help determine whether they would consider changes in their auditing contracts.

The controller’s office found that MHM failed to comply with 13 of 17 “fieldwork auditing standards” when reviewing Bell’s books in the 2008-09 fiscal year. The firm focused mostly on comparing financial numbers year to year rather than looking at potential for inappropriate or illegal activities, the controller’s report said.

MHM’s review gave clean audits to Bell, where eight current and former city officials were charged this fall in what prosecutors called a widespread corruption scheme that occurred over several years. The controller’s report said that MHM did not find any city funds that had “significant deficiencies.” The report said auditors did not explain why deficit balances of three funds totaling $8.89 million “were not considered significant.”

The City of Culver City and Culver City Redevelopment Agency have engaged Mayer Hoffman McCann P.C. (MHM) for the past three completed fiscal years (2007- 2008, 2008-2009 and 2009-2010) to perform legally required audits of the City and the Agency’s financial statements.  While none of the members of the audit team from MHM  that performed the audit of Culver City and agency worked on the City of Bell’s audits, it is understandable that there may be some concern from the community.  “Preparation of annual financial statements is the responsibility of the management of all cities and redevelopment agencies, and as such, the City and Agency stand by the assertion that our financial statements present fairly, in all material respects, the respective financial position of the City of Culver City and the Culver City Redevelopment Agency”, said Jeff Muir, Chief Financial Officer.  The City and Agency have received unqualified opinions from its auditors for many years, including the last three years with MHM.  City and Agency staff are confident that the same conclusion would have been reached by any auditor.

The contract between the city, agency and MHM has reached the end of its term, and the City and Agency will use their normal process to secure a qualified CPA firm to perform necessary and required auditing work in future years.

In light of the Sep. 30, 2010 report issued by the State Senate’s Office of Oversight and Outcomes that mentioned concerns with certain agency expenditures coupled with the criticism of MHM’s testing for allowable RDA expenditures in Bell in the SCO report, City Manager and Agency Executive Director John Nachbar has directed that another qualified CPA firm be engaged immediately to review the Agency’s expenditures to confirm adherence to the Guidelines for Compliance Audits of California Redevelopment Agencies.  It is staff’s belief that the agency has fully complied with all applicable statutes, regulations and reporting requirements as well as all procedures required before spending affordable housing monies. “Staff has given a complete explanation to the Senate Office of Oversight and Outcomes, and we have never received any notice from that office or any other state official that the City or the Agency is in violation of anything.  We are undertaking this additional review by another
qualified auditor to provide additional assurance to the agency board and the community” explained Nachbar.

The Culver City Redevelopment Agency and The Music Center of Los Angeles County will present the world premiere of T.R.U.S.T., created and performed by Diavolo, on Saturday, April 16 at 11 am and 2 pm …[READ MORE]

Culver City is famous for the summer block parties. Many neighborhoods have them on Memorial Day or the Fourth of July. Now, the Downtown District has opted to have one every third Wednesday of the …[READ MORE]

In a memo to staff on Tuesday, May 18, P. Lamont Ewell, the interim city manager, was explicit about the need to lay off city staff. “As you are aware, the City of Culver City …[READ MORE]