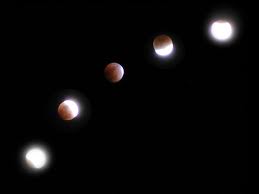 A massive solar storm erupted from the Sun Dec. 6, creating a huge tendril of plasma that stretched across the face of our star.

The giant solar eruption created a long filament of plasma (high-temperature gas), which extended an astounding 435,000 miles—nearly twice the distance between the Earth and the Moon—across the Sun’s southeastern region, according to the website Spaceweather.com, which monitors solar storms and sky events.

NASA’s Solar Dynamics Observatory caught this stunning photo of the monster sun storm on the first day of the eruption.

“The massive structure is an easy target for backyard telescopes and it has the potential for an impressive eruption if it happens to collapse in the hours or days ahead,” Spaceweather.com reported in an update. The website described the solar prominence as a “mega-filament.”

Skywatchers should never look directly at the Sun with their unaided eyes or through a telescope. Permanent eye damage can result. Instead, proper telescope filters or protective glasses from reputable astronomy dealers should be used for solar observations.

From Mount Wilson Observatory’s 150-foot Solar Tower, where solar astronomers have been watching the Sun every clear day since the tower was built in 1912, the event appeared (in ordinary white light) as an extra-large sunspot, according to Solar Observer Steve Padilla. The spot has moved a little each day across the face of the Sun, carried along with the Sun’s rotation (a full rotation takes about a month), and on Dec. 14 it disappeared from sight at the Sun’s “west” edge.

Sunspots appear dark against the brighter background of the Sun’s surface, meaning that they are somewhat cooler than the rest of the sun. That coolness is believed to result from the intense magnetic fields associated with these spots. Every eleven years, sunspot activity goes from a minimum to a maximum and back again. Padilla notes that this is the third year of the current cycle, and the spot associated with the massive filament of plasma is the largest he has seen so far in this cycle.

A total eclipse of the Moon will occur during the night of Dec. 20-21 and will be visible from Hawaii, Alaska, the continental United States, and Canada. Lunar eclipses only occur when the Moon is full and the Sun, Earth and Moon are nearly in a straight line. In these relatively rare events, the full Moon passes directly behind the Earth, which causes the Earth to block the Sun’s rays from striking the Moon. The total eclipse is deep red in color, because the Earth’s atmosphere filters out the blue, green and yellow light while transmitting most of the red sunlight to the Moon.

Sky-watchers in Southern California should have a good view of this event (provided the sky is clear) on the night of Monday, Dec. 20, as the Moon will be high overhead during the eclipse. The Moon will begin to move into Earth’s shadow at 10:32 p.m. The total phase of the eclipse, which lasts 72 minutes, begins at 11:40 p.m. The Moon will begin to emerge from the shadow at 12:53 a.m. Dec. 21—which is also the day of the Winter Solstice (the shortest day of the year and the first day of winter).